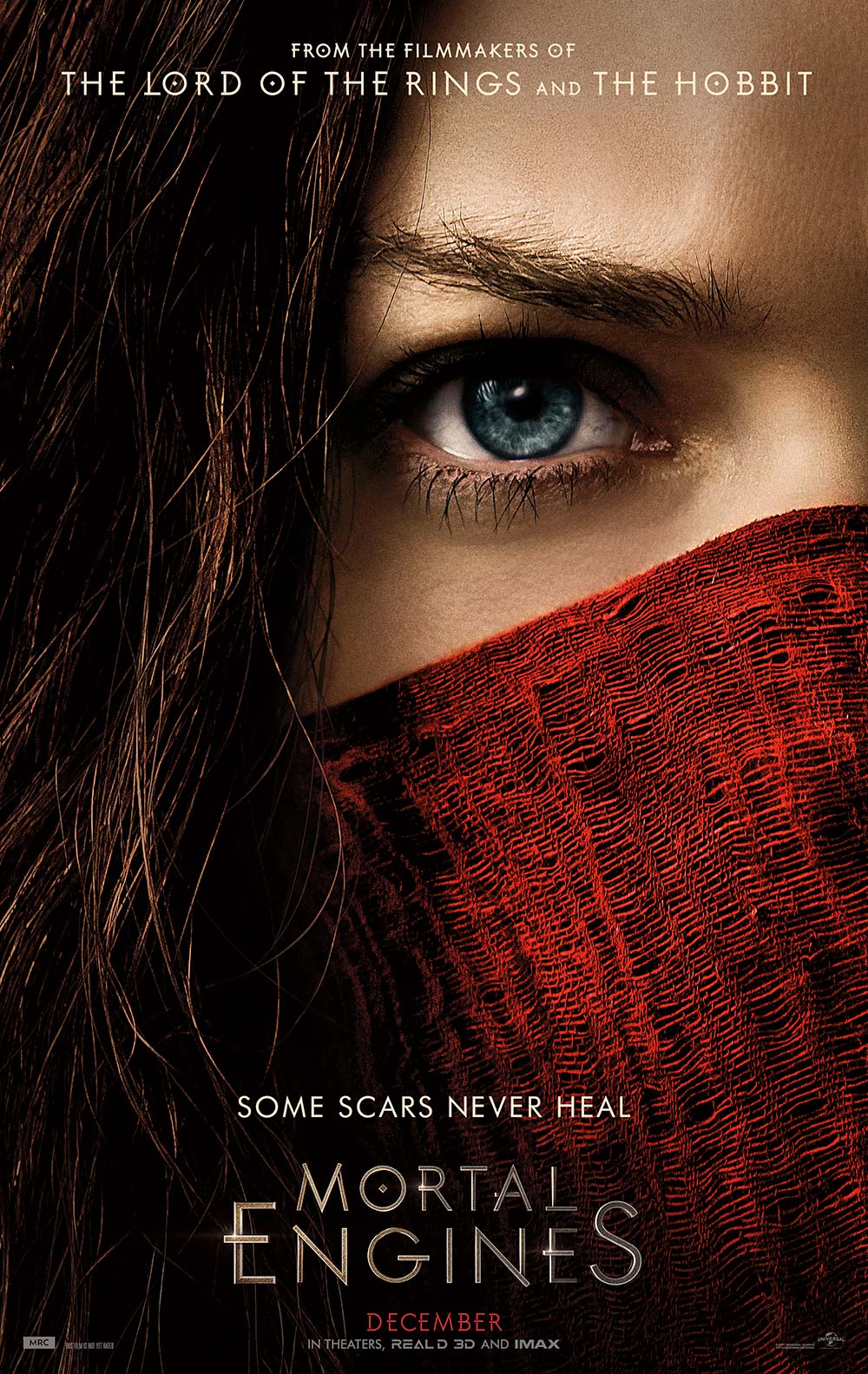 If you’re looking to adapt a gigantic, sprawling fantasy novel series into a blockbuster franchise, you could do worse than having Peter Jackson running the show. The man behind The Lord of the Rings and The Hobbit is back with Mortal Engines, and while he’s not behind the camera Jackson’s guiding hand is very clear.

Behind the camera is Christian Rivers, a longtime Jackson collaborator who has been working with him since 1992. Jackson co-wrote the script alongside Fran Walsh and Philippa Boyens, adapting Philip Reeve’s book set in a post-apocalyptic world in which cities have been transformed into mobile war machines, the better to claim the planet’s dwindling resources.

Hugo Weaving, Hera Hilmar, Robert Sheehan, Jihae, Ronan Raftery, Leila George, Patrick Malahide and Stephen Lang star, and while that’s not the most starry cast ever, let’s remember that Lord of the Rings turned a lot of folks into household names.  Here’s the synopsis:

Thousands of years after civilization was destroyed by a cataclysmic event, humankind has adapted and a new way of living has evolved. Gigantic moving cities now roam the Earth, ruthlessly preying upon smaller traction towns. Tom Natsworthy (Robert Sheehan)—who hails from a Lower Tier of the great traction city of London—finds himself fighting for his own survival after he encounters the dangerous fugitive Hester Shaw (Hera Hilmar). Two opposites, whose paths should never have crossed, forge an unlikely alliance that is destined to change the course of the future.


This looks pretty wild, and I’m excited to see Hera Hilmar, who was great in An Ordinary Man and The Ottoman Lieutenant, getting her shot in a big studio film.