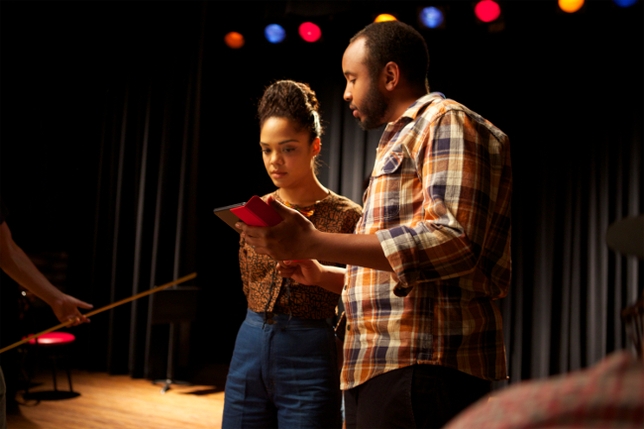 Hard to believe it’s been four years since Justin Simien burst on the scene with his incendiary race comedy, Dear White People. The film arrived just on the edge of the whole “woke” movement and talked about racism in a way that was funny, pointed, and controversial. He’s been busy the last couple of years with a TV series version of the film on Netflix, but in 2017 he did announce his next film would be the horror Bad Hair. Now Simien is out there talking up his sophomore effort as a feature film director.

“This is my way of writing a love letter about all of the B.S. that black women have to go through,” Simien told ET recently, adding that he was raised by black women in Texas after his father died.  “So, I named all the women in this story after my mom and my aunts.”

Inspired by the South Korean horror film The Wig, Simien says he rooted the idea in black culture in order to make it speak for American audiences. He tells IndieWire…

“It’s my way of taking my frustration of what I feel like black woman are going through, who we rely on for so much – politically, culturally, just in terms of the family dynamic – and we put them through hell.We make them suffer quiet little deaths just to be seen in our culture and I wanted to translate that, in my own way, into a very weird horror-satire love letter to that experience.”

Simien has been writing the script while working on Dear White People‘s second season, and now it’s ready enough that production can begin this summer. Hair is a touchy subject in black culture, especially among women, and I want to see if Simien can approach this with the intelligence of his prior work. I wonder if he’ll check out Chris Rock’s documentary Good Hair for insight? Judging by the title my guess is that he already has.