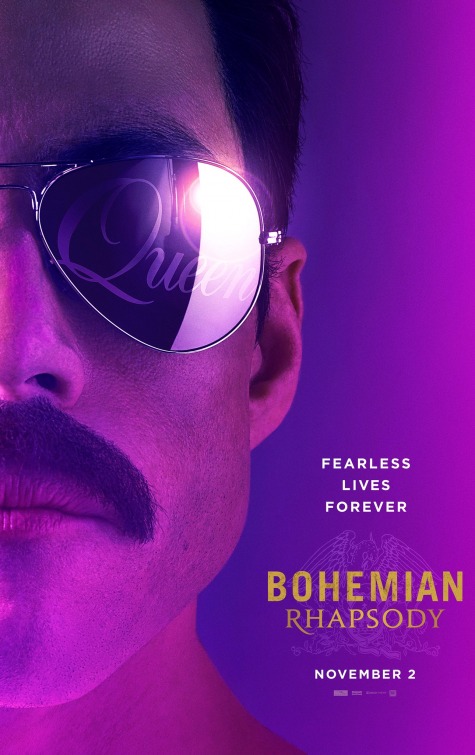 Rock music biopics tend to follow the same narrative trajectory, which is why it’s tough to make one that stands out. Humble beginnings, rise to stardom, and then that whole “sex, drugs, and rock ‘n roll” thing sends them on a downward spiral. Fox’s Queen biopic Bohemian Rhapsody promises to follow a similar path, but there’s a reason why they’ve stuck with this project through troubles that would have got another movie canned. And now today we’re starting to see what that reason is.

Rami Malek rocks in the role of Freddie Mercury, the Queen frontman who became a counter-culture icon and a rock music legend. Ever since he took over the role from Sascha Baron Cohen (both share an eerie resemblance to Mercury) there has been a ton of excitement to see the Mr. Robot star in such a high-profile role. Unfortunately, the film faced problems when original director Bryan Singer got booted for his erratic behavior on set and lingering questions about his personal conduct. He was replaced by Dexter Fletcher, the actor-turned-director who can seen right now in Terminal and previously helmed Eddie the Eagle.

Here is the film’s synopsis: Bohemian Rhapsody is a foot-stomping celebration of Queen, their music and their extraordinary lead singer Freddie Mercury, who defied stereotypes and shattered convention to become one of the most beloved entertainers on the planet. The film traces the meteoric rise of the band through their iconic songs and revolutionary sound, their near-implosion as Mercury’s lifestyle spirals out of control, and their triumphant reunion on the eve of Live Aid, where Mercury, facing a life-threatening illness, leads the band in one of the greatest performances in the history of rock music. In the process, cementing the legacy of a band that were always more like a family, and who continue to inspire outsiders, dreamers and music lovers to this day.