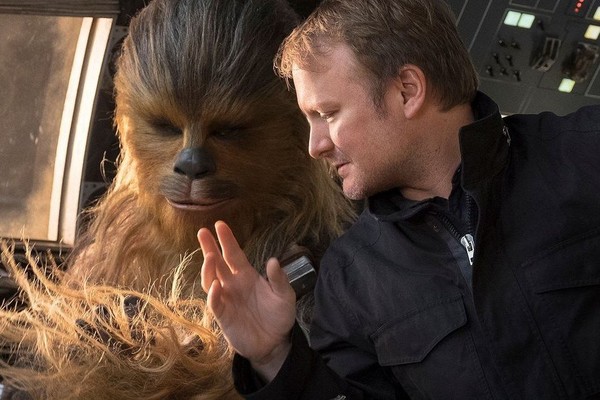 There can never be enough Star Wars material, right? Depends on who you ask, really, and lately there has been a lot of discussion about the amount of Star Wars projects since Lucasfilm was bought by Disney. We’ve seen three movies over the last three years and another in Solo: A Star Wars Story arriving next month. Is there such a thing as too much? We already know Mark Hamill thinks so, but what about The Last Jedi director, Rian Johnson? What does he think?

Speaking with The LA Times, Johnson, who is working on a brand new Star Wars trilogy, says Lucasfilm needs to keep branding out and expanding the universe to keep audiences interested, otherwise the franchise’s future will be in doubt…

But if Star Wars are great new movies that are exciting and fresh, and that challenge you and surprise you and make you feel things and engage you the way that those original movies did—but always taking you to new places, both in the galaxy and emotionally—that’s never going to get old. That’s what it’s all about.”

That was something Johnson attempted to do with The Last Jedi, breaking free from the narrative confines these movies have been in for decades. The reaction was divisive, to say the least. But at least he did it, tweaking the Force and re-examining the Jedi’s place in the universe in a way that had never been done.

And that is what Johnson hopes to do even further with his trilogy, examining the Star Wars mythology far away from the Skywalker clan…

“It’s fun because it’s kind of thinking, ‘Okay, outside of the Skywalker story and outside of the recognizable iconography, what is this? What is “Star Wars?”‘ Or what do we need to retain from that, to pull forward for it to still be ‘Star Wars’ — and what can we leave behind?”

The next Star Wars film is Solo: A Star Wars Story, opening on May 25th. Johnson’s trilogy has no start or release date yet.