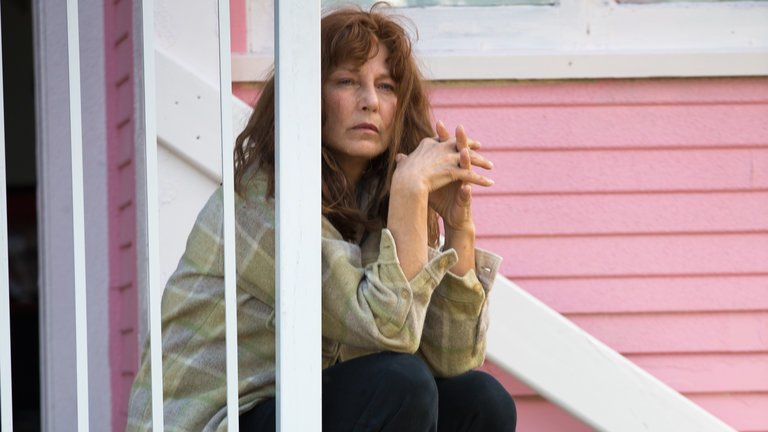 Imagine you leave behind a life you don’t want to live anymore: an ex-husband, a soon-to-be-ex, and a house full of memories you’d rather leave behind. You decide to start over, buy a fixer-upper with a gorgeous view of the water, meet someone new and wonderful, and feel more than abundantly content in this new home and routine. Then imagine being told that your home – and the homes of your neighbors – are being taken and bulldozed so that a private corporation can set up shop there instead.
That is the true story of Suzette Kelo, portrayed magnificently by Catherine Keener, in Little Pink House, based on the book by Jeff Benedict. At first glance, even from the trailers, the movie seems predictable, even if you know the outcome of the real-life case, like a classic David-and-Goliath, small town folks take on The Man and Big Corporate.

What sets Little Pink House apart is the nuance brought to the opposing sides by the actors. Catherine Keener’s Suzette Kelo is strong but fragile at the same time, humble but willing to step into the spotlight to be the voice of the movement to protect not only her home and her neighbors’ homes but the houses of homeowners across America and the world as her case goes to the US Supreme Court. On the other side, Jeanne Tripplehorn’s Dr. Charlotte Wells is hired by the governor to court a big company to invest money in Kelo’s economically failing town. She could have easily played Wells as being cold and calculating, but that would bely the kind and charming nature of the woman who was chosen to perform this task for those exact traits. As a viewer, you can especially feel the grey of the dilemma when watching Wells argue for investing in the town, bringing more opportunities to people who have not had the chance to prove themselves or sufficiently provide for their families for a long time. I also appreciate the performance of Callum Keith Rennie, who brings a warm depth to Suzette’s stoic boyfriend, Tim. 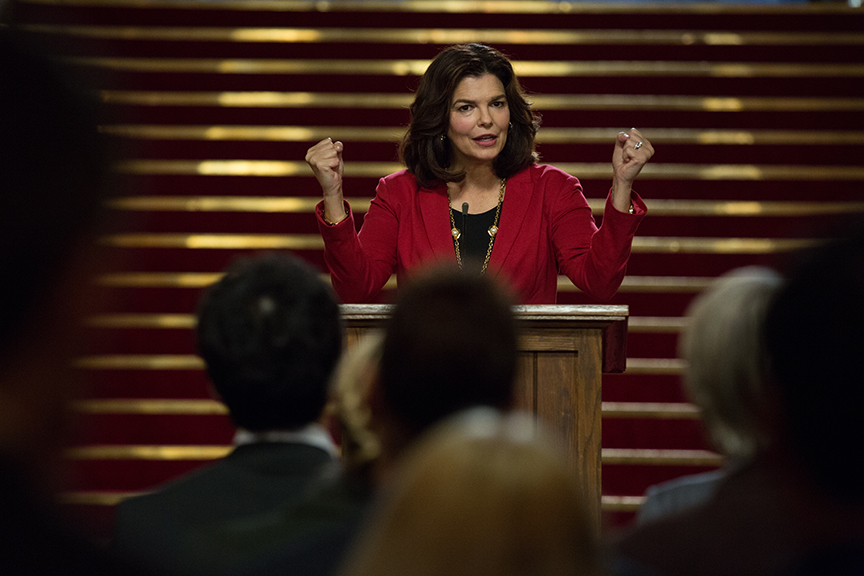 I do wish this movie was a little tighter. The pacing is rather slow and, while the choice makes sense for the setting and the character of Suzette Kelo, it was difficult to feel engaged with the story until about halfway through. It also made the jumps in time rather awkward, as there are years of conflict between when Suzette paints her house pink and when her case reaches the Supreme Court. Additionally, while I liked Rennie’s performance and his character fleshed out Suzette’s personality further, Keener was strong enough in delivering this character that scenes with Tim felt like a small and unnecessary subplot. The cast of characters also started growing quite a bit towards the end as the momentum of the film picked up, but by then there wasn’t much time to develop them, which was a shame considering how much time was wasted in the beginning of the film.
All in all, I was surprised that I didn’t know anything about this case and found myself looking up the Kelo v. City of New London case, eminent domain, and the subsequent legislation that was passed as a result right after watching. It’s a political issue that isn’t talked about often but is not quite irrelevant in today’s climate, so it’s worth a watch to learn about what the precedent is as far as what got it to the Supreme Court and to see the strong acting performances.
Rating: 3.5 out of 5

Review: ‘The Croods: A New Age’