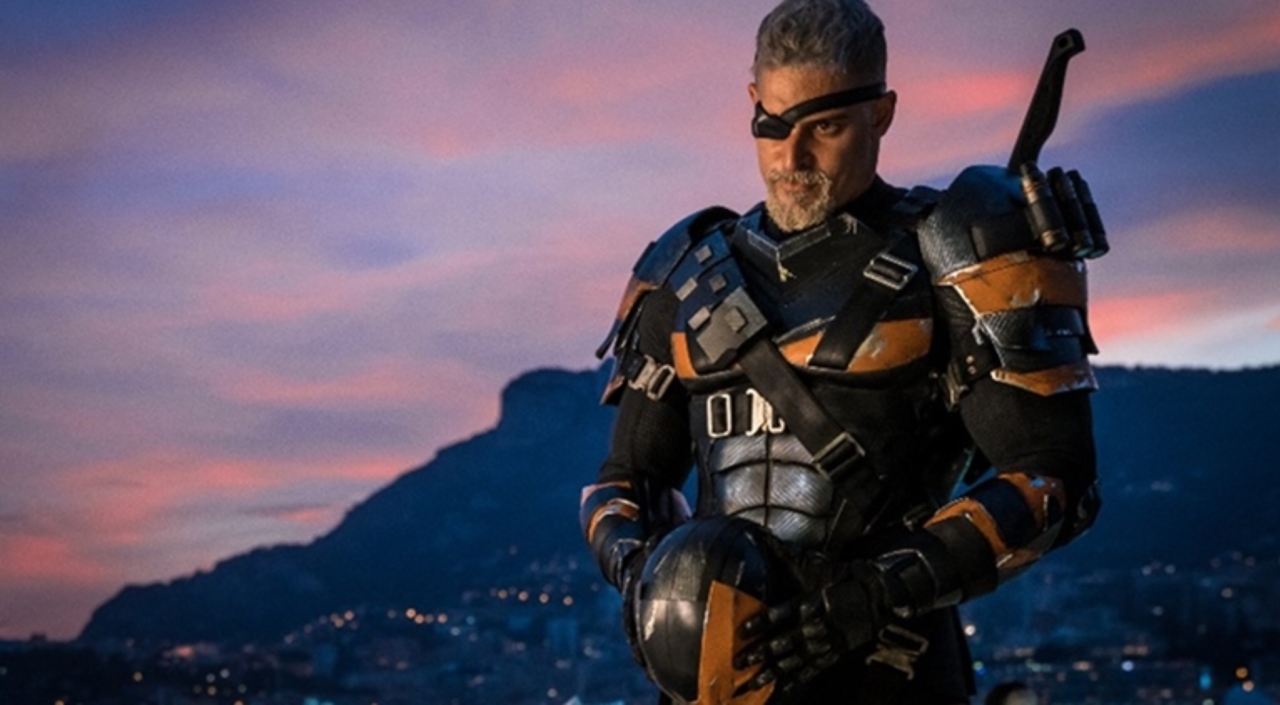 Potential projects come and go in the DCEU, so that we have no clear idea what’s really going on. I mean, is Gotham City Sirens still a thing? One of the most promising films we learned about last year is Deathstroke, starring Joe Manganiello as the skilled assassin last seen in the Justice League post-credits scene. With The Raid director Gareth Evans at the helm, this has the potential to be amazing. Too bad we haven’t heard anything about it since.

Until now, that is. Manganiello was at the red carpet premiere for Rampage, and revealed to Variety that a Deathstroke movie is still in development…

.@JoeManganiello says there are “things in the works” for a #Deathstroke film at the #Rampage premiere pic.twitter.com/APCPxYOUhR

He doesn’t seem very enthusiastic about it, probably because he’s being asked about Slade Wilson while at the premiere of a completely different movie. But it’s something, and let’s us know that at least for a Deathstroke film is still in the cards. Here’s hoping Manganiello doesn’t get jerked around like he was over The Batman.