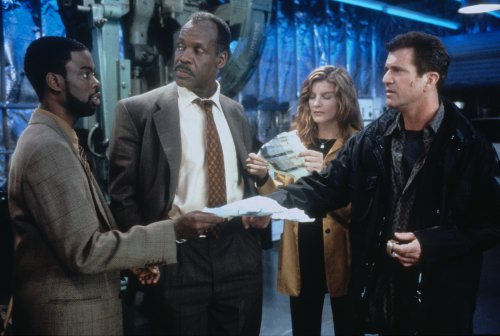 It looks like a proper reunion between Riggs and Murtaugh will have to wait. Last fall we learned Warner Brothers had managed to convince Richard Donner, Mel Gibson, and Danny Glover to return for Lethal Weapon 5, a film they’ve been trying to get off the ground for years. Channing Gibson, who wrote Lethal Weapon 4, was also coming back to write the script, but it looks like his efforts may have been for nothing.

Donner, while appearing on the Malton on Movies podcast, revealed a few things about the potential sequel. First, the title, second that the tone would be much darker than the buddy comedies we’re used to, and lastly that he thinks the film will never happen. D’oh!

“And I’m ready to do 5. It’s called Lethal Finale. It’s very dark. And we were all set to go and now Warner Bros. is doing their old-fashioned tricks. Not Warner Bros., there’s this guy who runs the studio who’s great but they have these people in the legal department who do the negotiating in the most counter-productive way. They should be sent to a studio and work with the producers and directors and actors, and learn what makes a film, and then negotiate. But it’s just embarrassing. And it’s too bad, because there’s a wonderful writer named Channing Gibson, who wrote 4 for me, and we have a really great story. It is dark, but I wanted to end it on an emotional note, and I don’t think it’s gonna happen. It’s heartbreaking.”

I’m not sure I want a “dark” Lethal Weapon movie anyway. Lethal Finale? Geezus that sounds grim.  It may be that the only way to get your Riggs/Murtaugh fix is on the small screen, although I doubt this is the last we’ve heard of this situation.  There’s no way a brand like Lethal Weapon is ever really dead.