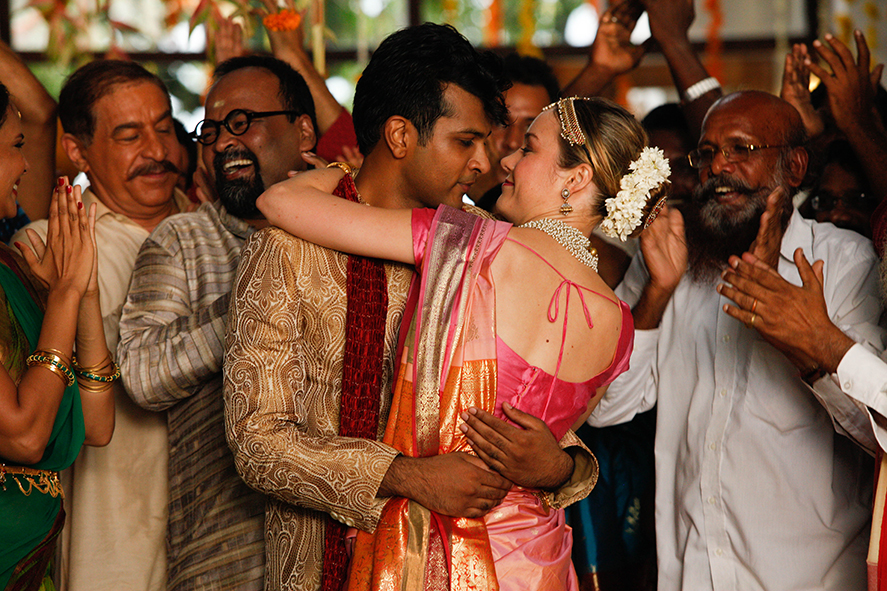 I’ll say this for Basmati Blues; it’s not the dreadful white savior comedy that I had feared it to be. It’s instead the dreadful Bollywood meets Wilson Phillips music video nobody asked for and certainly don’t need. Original musicals are all the rage right now thanks to La La Land and The Greatest Showman but doubtful anybody signed up for one that combines rom-com with pointed commentary on the GMO industry. That it stars Oscar-winner Brie Larson is concerning rather than comforting, although her reasons for starring in this misguided effort are forgivable even if the movie is borderline unwatchable.

Larson may be a huge star now with a Marvel run right around the corner, but back when Basmati Blues was shot she had yet to have her breakout (and still best) performance in Short Term 12. I’m inclined to think some of the opportunities that followed might have dried up if this had ever hit screens back then, but Larson is at least deeply committed to the role of Dr. Linda Watts, a nerdy scientist who has developed a super strain of basmati that uses less water and yields greater crops. The film opens with a buoyant song and dance number that sees Linda twirling exuberantly from laboratory to apartment to New York streets. It’s a tone-setter, because I’m not sure anybody knew how much this was going to try and emulate your typical extravagant Bollywood musical. And the answer is that it will try mightily up to a point, but is too poorly constructed and unsure to be anything other than cringworthy. 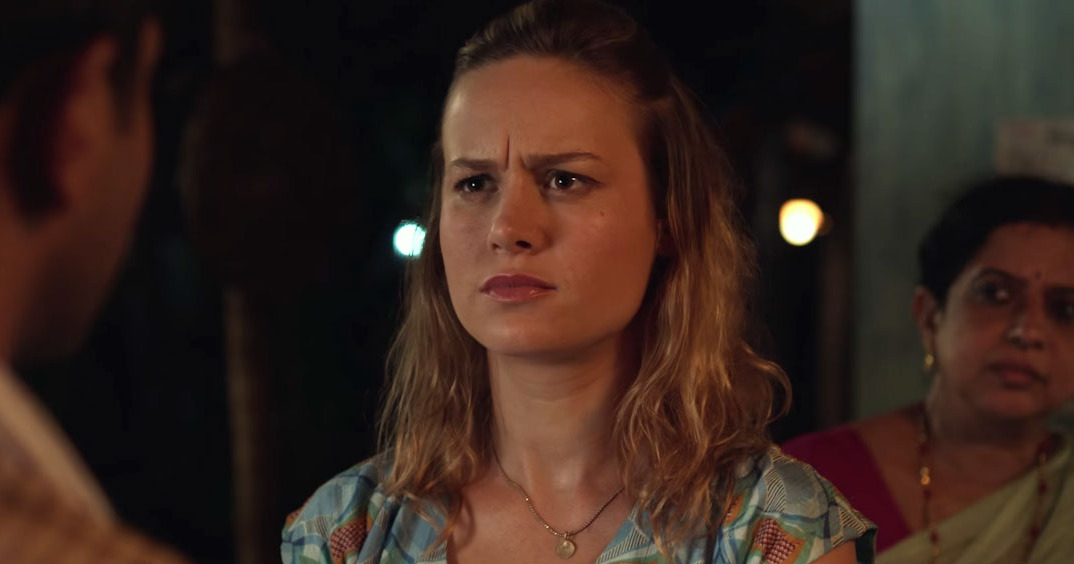 Linda’s super crop, known as “Rice 9” (which sounds like a food pill they might give you in The Jetsons, or Soylent Green), is owned by the obviously-evil corporation known as MOGIL (clearly a riff on Monsanto), run by a mustache-twirling Donald Sutherland with Tyne Daly basically in the Iago role. They latch on to her do-gooder spirit and whisk her away to India so some cross cultural hijinks can ensue, and when it’s all over they hope she’ll convince all of the farmers to use Rice 9. Upon arriving Linda is dazzled by the sights, the sounds, and the cultural differences, captured by director Dan Baron in a flurry of quick cuts to a confused Larson surrounded by as many brown people as can fit in a single shot. 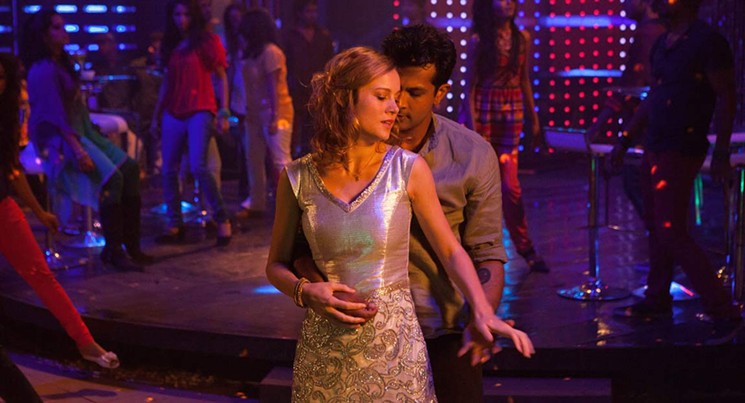 The locals have their fun with the silly white American girl, too, convincing her they all greet one another with slaps to the face (Has she not seen The Three Stooges??). It should say something that Linda falls for it, but then she proves to be pretty clueless for a supposed intellectual. The only thing she seems sure about right away is that she really digs Rajit (Utkarsh Ambudkar, of Pitch Perfect fame), a farmer on sabbatical from university who has his own counter crop to Rice 9. Linda is also pursued by William (Saahil Sehgal), an attractive but ambitious corporate stooge for MOGIL.  Whatever awkward love triangle this is supposed to form never really takes shape as it should. Baron’s co-written script is hamstrung by cloudy character motivations and clichés. While it’s clear Linda and Rajit are into one another right from the start (He Spider-Mans her some tea from atop a train as an introduction), they run hot and cold for the duration of the movie for inexplicable reasons. They don’t lack for chemistry, but Baron is artificially keeping them at a distance as if holding out for some big romantic payoff moment. Along the way Linda learns the most important things about Indian people, like how they dance, and how they can eat so much spicy food. 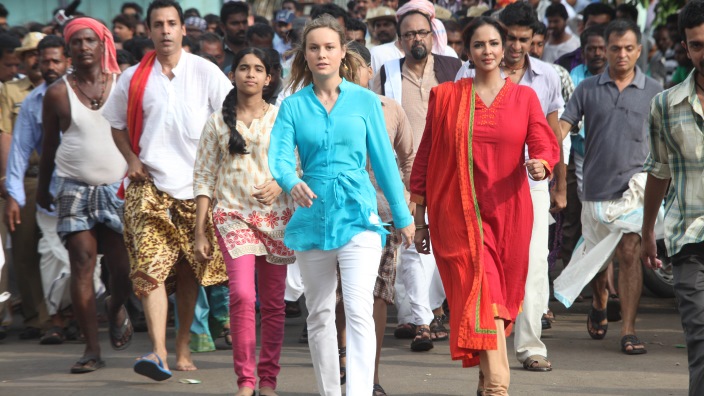 Not only does Baron prove inept at building the proper romantic tension, but the musical numbers are seriously lacking. Poorly choreographed and resembling bad music videos, the worst is “Love Don’t Knock At My Door” which has all three leads singing separately about one another and the beauty of growing rice under a starry night sky, trying ever so hard to look serious through lines such as “It’s cataclysmical, but she’s very beautiful!” The songs never occur with any rhyme or rhythm, as if Baron wasn’t fully committed to the idea of making this a full-blown musical, and you can see it in the editing which is the most haphazard before and after each number. Few of the acts actually stand out but I have to give special props to Sutherland and Daly’s villainous “Working for the Greater Good”, because heels always get the best songs, you know. As the screen veterans grunt through the virtues of corporate greed it’s impossible not to crack a smile at how much fun they seem to be having. They can’t sing a lick (And sound oddly similar) but dammit they’re going to give it the old college try.  I went in thinking Basmati Blues would be culturally insensitive and offensive, but it’s just not very good and everyone involved probably wishes it had stayed locked away.