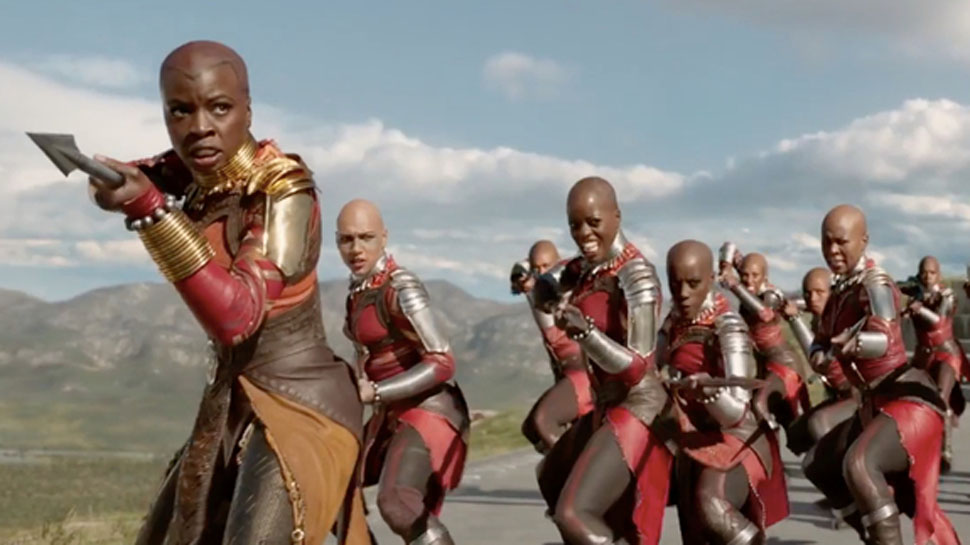 Black Panther is currently shredding the box office with the force of vibranium claws, giving Marvel what may be their biggest hit ever. While the film has obviously become a cultural touchstone for black audiences, the film may also have Marvel’s strongest presence of female characters. Is there anybody who didn’t love Okoye, Nakia, the Dora Milaje, and Black Panther’s brilliant little sister, Shuri? We probably won’t ever get a Dora Milaje movie or anything, but an all-female Marvel film has been talked up a lot in recent months with Kevin Feige seeming to endorse it.

But does Feige still feel that way? Vulture caught up with him and, as usual, Feige is playing coy with his response…

“It is an embarrassment of riches. Even watching the audience at the Black Panther premiere respond to Lupita, Letitia, and certainly Danai in their action sequences … you watch Danai spinning around in that casino, taking out dozens of people, and you go, ‘Of course you can make a whole movie about that!’”

“It is all about figuring out when and how. But by the way, many of them have already filmed additional scenes in upcoming movies, so some of that is gonna come sooner rather than later. All of them will be seen again.”

He seems to be referring to Avengers: Infinity War, which we know will feature the Dora Milaje, Valkyrie, and Scarlett Johansson’s Black Widow, who now has a solo film in development.  After Infinity War we have Ant-Man and the Wasp which brings Evangeline Lilly’s Hope Van Dyne into the spotlight, and of course Brie Larson’s Captain Marvel.
So even if a female Marvel teamup flick doesn’t happen any time soon, the MCU is seeing women in prominence like never before.