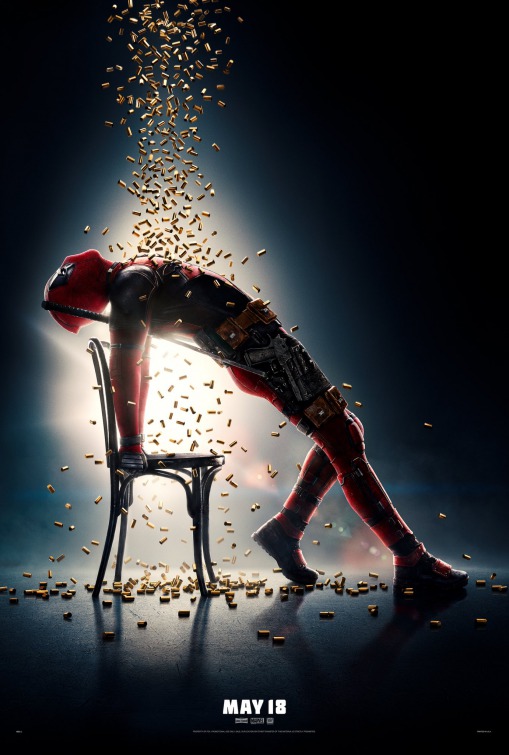 Deadpool had some of the best and weirdest marketing ever for a superhero movie, and Deadpool 2 looks to be no different. The latest poster, which star Ryan Reynolds debuted on Twitter, features the Merc with a Mouth striking a very familiar pose to fans of Flashdance. Somebody get Jennifer Beals on the phone right now.

The image finds Deadpool dousing himself with bullets rather than water as Beals’ dancer character did in the most iconic scene from Flashdance. Reynolds captioned the image with a line from the film’s signature song, Cara’s “Flashdance…What a Feeling.”

Take your passion. And make it happen. #Deadpool pic.twitter.com/7MY7z7x6pj

Here is the official synopsis: After surviving a near fatal bovine attack, a disfigured cafeteria chef (Wade Wilson) struggles to fulfill his dream of becoming Mayberry’s hottest bartender while also learning to cope with his lost sense of taste. Searching to regain his spice for life, as well as a flux capacitor, Wade must battle ninjas, the yakuza, and a pack of sexually aggressive canines, as he journeys around the world to discover the importance of family, friendship, and flavor – finding a new taste for adventure and earning the coveted coffee mug title of World’s Best Lover.


I’m not sure they’re being totally serious there.