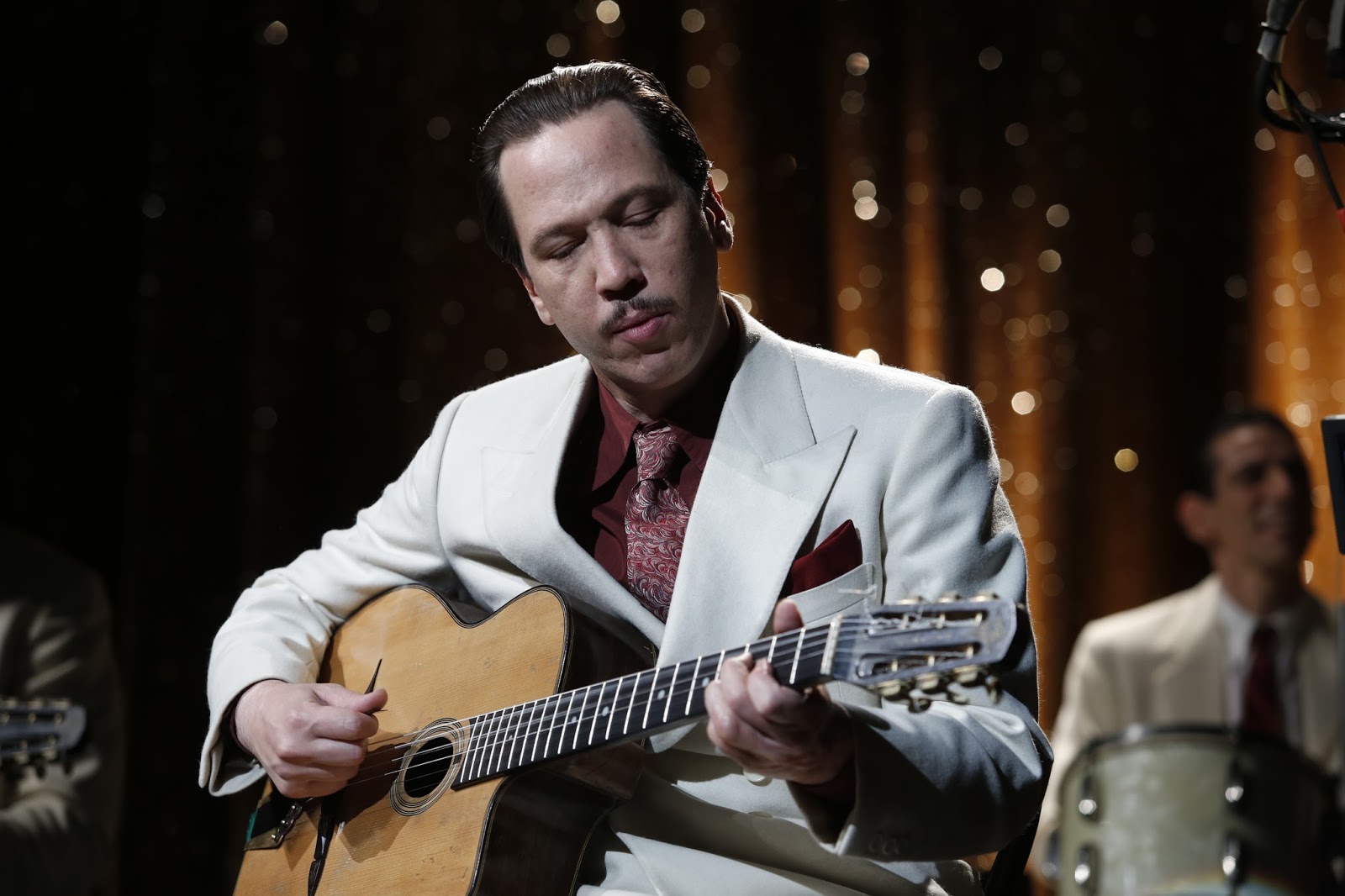 Before we even begin, this is NOT associated in any way, shape, or form with Quentin Tarantino’s reimagined Western from 2012 or the Spaghetti Western from 1966 staring Franco Nero either.  Although our public lexicon here in the States may associate Django with those two main characters, the film Django focuses on famed French Musician Jean “Django” Reinhardt.

Reinhardt was one of the most famous musicians of the 20th Century over in Europe and one of the originators of “Gypsy Jazz.”  As with gypsy culture during the time, Reinhardt had a passion for music, but in the emergence of jazz, he found a way to incorporate the American musical style with his own and create a brand new genre of music in France.  This caused he and his group, Hot Club to be very famous around the time of World War II.

Rather than play it like a standard biopic, Django drops you into his life once he’s famous.  There’s no young learning how to play jazz at the gypsy camps, or getting a manager and forming Hot Club.  Instead, he’s at the height of his popularity, as shown in the beginning of the film where he’s playing out to sold-out crowds.  Django is so full of himself in typical Rockstar fashion, that he’s purposely late for his own concert.  While Django is the start of his own story, it’s not his origin that is the driving factor of the film, but instead his turmoil when dealing with Nazis during an occupied France during World War II. 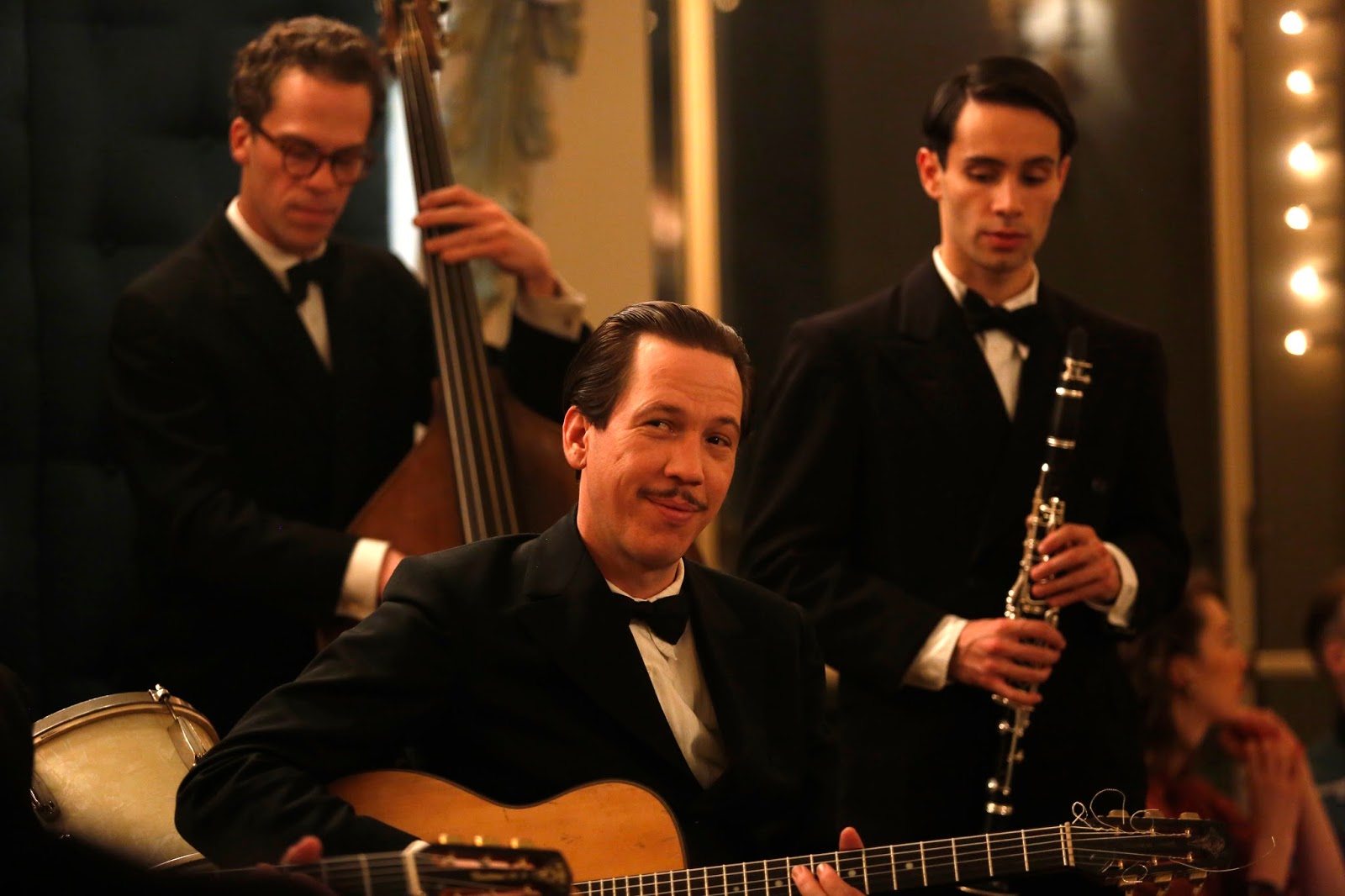 The opening scene of the film already sets the stakes as we see a group of Gypsy’s playing music, while on the other side of their camp, children are being hunted down and slaughtered by Nazi soldiers.  Less we forget, in addition to 6 million Jewish people, the Nazi’s murdered more than 600,000 Romani’s during World War II as well.  For the most part, Django is safe.  He’s a famous musician and protected by his manager.  In fact, he’s so famous that the Nazis want him to come and play in Berlin.  Of course, the Germans have their own rider for Django and Hot Club.  They can do their music, but they can’t play “monkey music” and they have to play with various other ridiculous requirements for the sake of Aryan Purity.  But is that something he really wants to do?  All around him, his people are being rounded up, never to be seen again.  Why would he go into the lion’s den to play and make them happy, when if he fails, it could mean his life and the life of his family?

Most of the film is very cloak and dagger as he not only has to try and stay one step ahead of French and German soldiers, but he also still has to make a living.  He goes from town to town, trying to keep a low profile.  But how can you stay hidden when you are the famous Django?  There’s also a resistance movement brewing in France that he becomes entwined with, and he has to try and escape with his family to Switzerland as well. 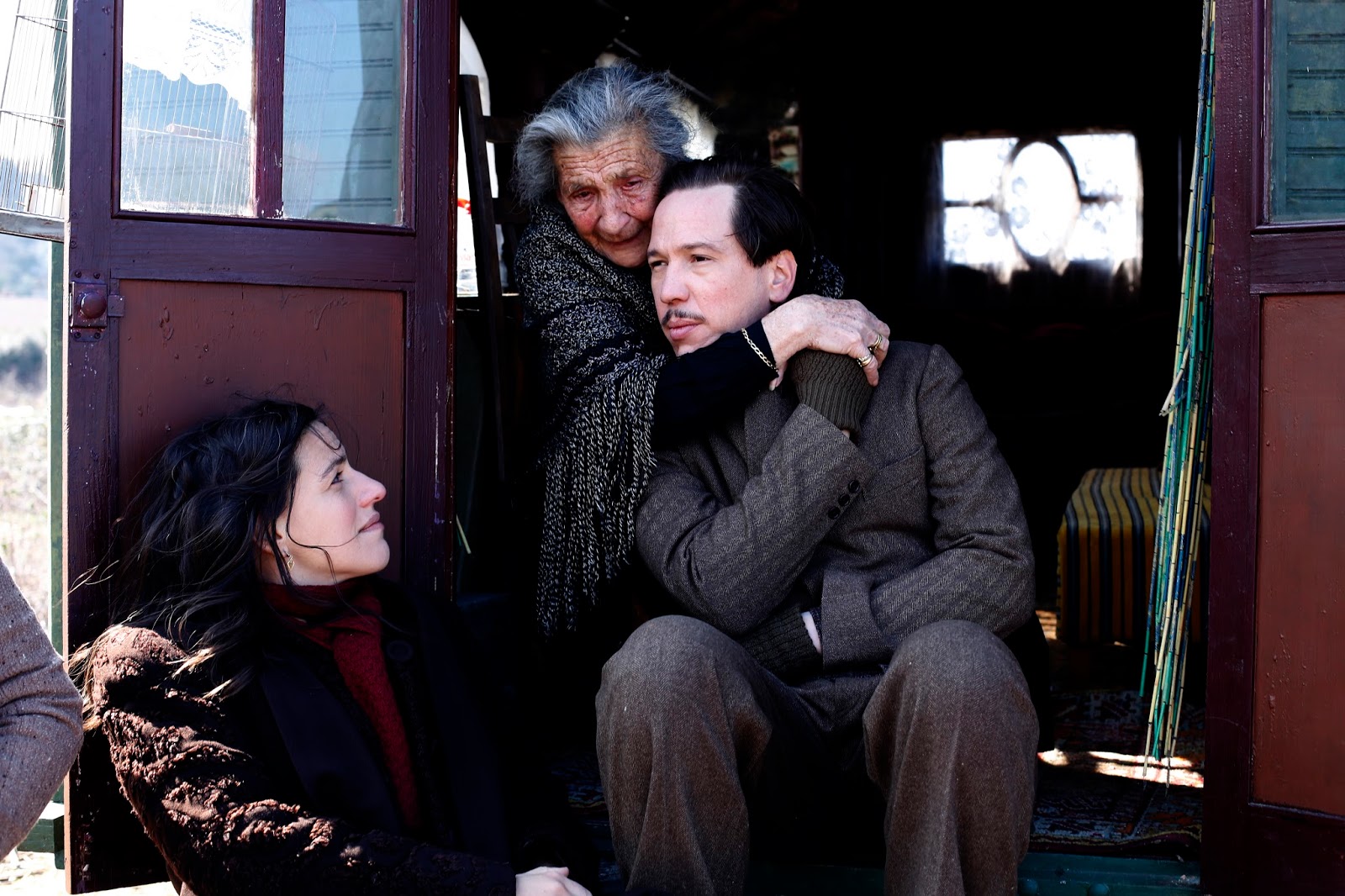 Because Django is the famed musician, the film has plenty of musical numbers.  While the songs are great, the film could have used a different editing style as many of the numbers went from song to song, without any ending of the previous song.  At times, the music can be distracting, which isn’t good for a movie based on a famed musician.  Editing aside, the directing by Étienne Comar is great.  He captures the familial tone of the Gypsy camps very well, and when the film is tense, the directing is done well.

Actor Reda Kateb plays the titular character as well and gives a great performance as a loving (and cheating) husband, who doesn’t want to get involved in the war, but he has to take care of his family.  The film begins with Django being a half-drunk Prima Donna, and by the end is a war-torn survivor, and all props to Kateb’s performance.  Because many don’t really recall the Romani genocide when thinking about World War II, Django does a great job providing a history lesson for folks as well as giving us an insight to one of the world’s most famous musicians.