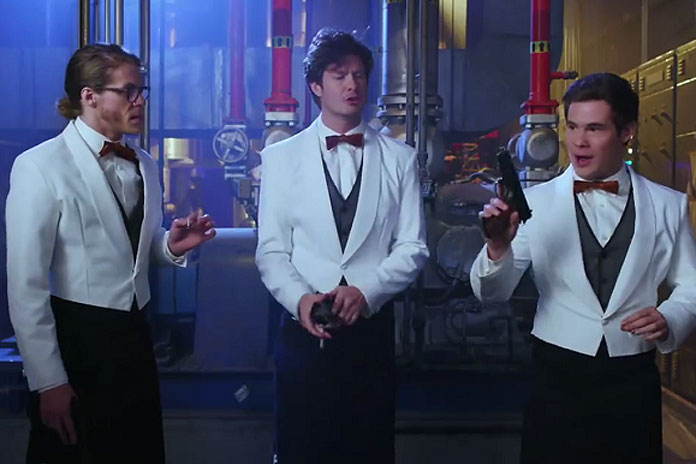 Netflix isn’t satisfied just ramping up the number of original movies they release each year, they are steadily increasing the size of their productions. While Bright was their first real swing at a blockbuster-style action flick, which turned out to be a home run and the start of a franchise, they’ve long since been cranking out broad studio comedies. Most of those have been through their deal with Adam Sandler, but now the Workaholics gang are giving it a go with Game Over, Man!


No, it isn’t about Bill Paxon’s Alien character, nor does it seem to be about video games. Adam DeVine, Anders Holm, and Blake Anderson reunite for an action-comedy about three friends who gotta go all “Die Hard” when their workplace is taken over by armed gunmen. We saw a teaser for this back in May that didn’t reveal much, but this gives us a better sense of how silly things are going to get. The answer: very friggin’ silly.  Somebody help poor Shaggy out!

‘Magic Camp’ Trailer: Adam Devine And Gillian Jacobs Have A New Bag Of Tricks For Disney+