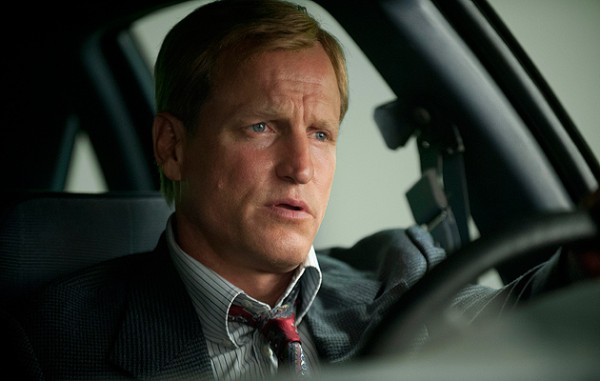 Sony is killin’ right now with the casting for their Venom movie. While it’s been in production for a couple of months already, there is apparently room for a huge new addition.  Woody Harrelson is in talks to rejoin his Zombieland director Ruben Fleischer for the Spider-Man spinoff, which already boasts Tom Hardy, Jenny Slate, Riz Ahmed, Michelle Williams, Reid Scott, and Scott Haze.

It’s no coincidence Harrelson is sought to be part of nearly every major franchise: The Hunger Games, Planet of the Apes, Star Wars, and now you can add Marvel to the list. The guy is a workhorse who can do pretty much anything, from action flicks to prestige pieces like the awards-contending Three Billboards Outside Ebbing, Missouri. Let’s not forget this year has seen him star in LBJ, the aforementioned Planet of the Apes film, Wilson,  The Glass Castle, Shock and Awe, and he began the year with his own directorial debut, Lost in London. Wow.

As for his role in Venom, it’s being vaguely described by Variety as “a henchman of sorts”, which means absolutely nothing. We know Harrelson isn’t coming on to play a henchman; he may start out that way but the character is clearly going to be a major one, probably one well-known in the Marvel Universe. Now might be a good time to re-read the “Lethal Protector” and “Planet of the Symbiotes” comics the film draws inspiration from to get an idea of his role.