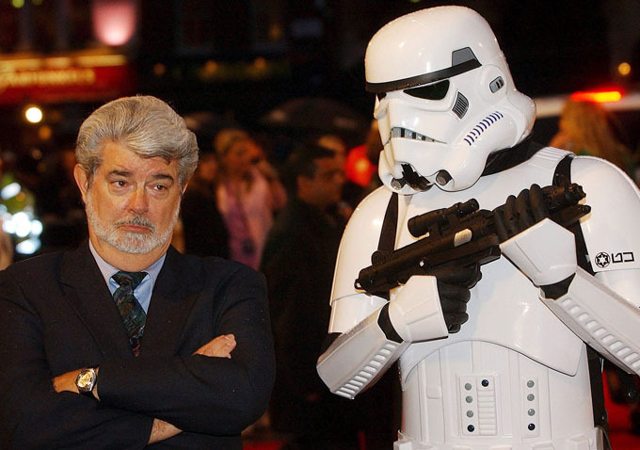 Do Star Wars fans still care what George Lucas thinks? Or was that forfeit after the prequels most people hated? I still maintain there’s some cool and important stuff in the prequels but that’s a post for another day. Whether Lucas’ opinion matters or not, he definitely has one when it comes to Rian Johnson’s Star Wars: The Last Jedi. Fortunately, he had good things to say.

According to a rep for Lucas (I find it amusing he can’t just say it himself), the Star Wars creator said Johnson’s film was “beautifully made” and “complimentary” to him when they spoke afterward. Gee, George, tone it down why don’t ya? Stop being so darned excitable!

I imagine Lucas would rather Disney followed the plan he had laid out prior to the sale, but I like that he’s mostly refrained from commenting on the franchise.

I bet he loved them damn Porgs, too.  Bet they were his favorite part. [THR]