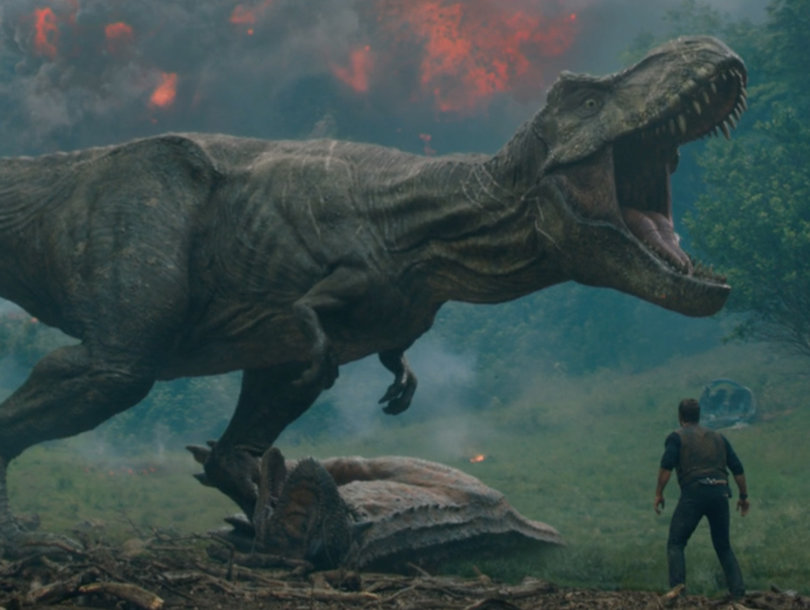 I don’t know if anybody expected the crazy $1.6B success of Jurassic World, but it happened, proving that audiences were eager to see foolish humans running away from genetically-created dinosaurs again. Will they be as excited to revisit it next year with Jurassic World: Fallen Kingdom, which looks like pretty much the same thing? Well, tonight’s debut trailer is a good first step in building anticipation.

As we’ve seen in previous teasers, the film reunites Chris Pratt and Bryce Dallas Howard as Owen Grady and Claire Dearing, with the latter having started a dinosaur sanctuary on Isla Nublar. The problem? It’s near an active volcano, which is perhaps the dumbest thing a human has done in this franchise, and when it erupts she needs Owen’s help getting the dinos to safety. Oh, and Owen’s favorite velociraptor, Blue, is alive and well…for now.

The film is directed by J.A. Bayona (The Impossible) with Justice Smith, Daniella Pineda, Toby Jones, and Rafe Spall in the cast. Oh yeah, and some guy named Jeff Goldblum as some minor Jurassic Park character named Ian Malcolm. Anybody excited about that or anything?