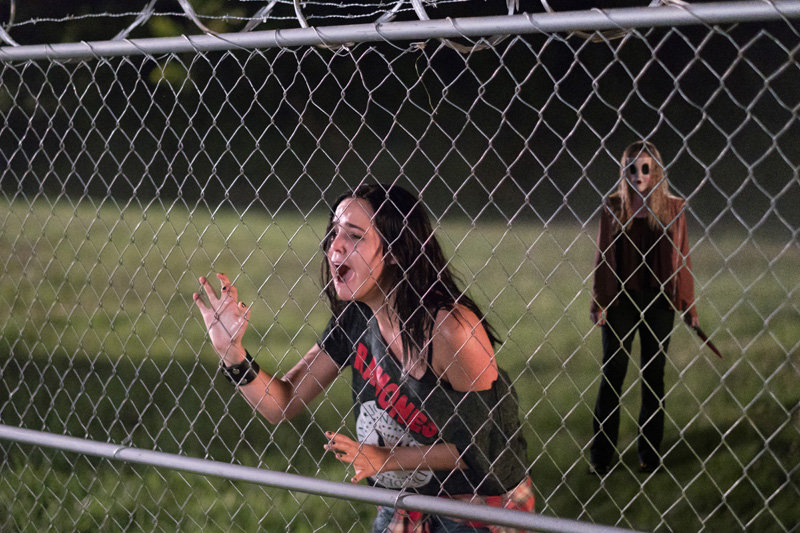 Hard to believe it’s been nine years since Bryan Bertino’s The Strangers. Harder still to believe it’s taken that long for the film to get a sequel considering it was both a critical and box office hit that helped redefine the home invasion thriller. It’s a little disappointing Bertino isn’t back behind the camera for Strangers: Prey at Night, but at least he helped write the script for what looks like a capable followup featuring a new band of masked stalkers.

Starring Christina Hendricks, Bailee Madison, and Martin Henderson, the film finds a different family terrorized in a mobile trailer park. Trailer parks are already pretty creepy on their own, but add a bunch of masked killers and the scare potential goes off the charts. Here’s the synopsis:

A family’s road trip takes a dangerous turn when they arrive at a secluded mobile home park to stay with some relatives and find it mysteriously deserted. Under the cover of darkness, three masked psychopaths pay them a visit to test the family’s every limit as they struggle to survive.