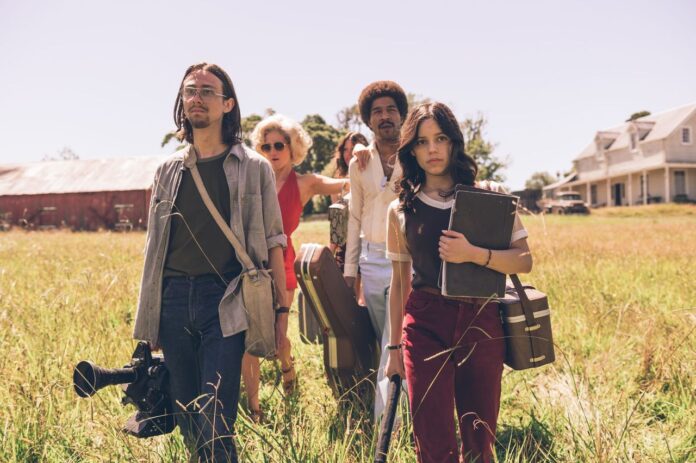 It’s been seven years since Ti West’s previous film, The Sacrament, but now the horror maestro is back with X. This movie within a movie looks to center on the need to be somebody, and the horror that desire for fame can bring…

“I need to be famous, Wayne. All the best people are.”

Or so says Mia Goth’s character in the trailer. She’s joined by Kid Cudi, Jenna Ortega, Martin Henderson, Brittany Snow, Owen Campbell, and Stephen Ure. The film is set in 1979, with West capturing the era’s look and feel. The story follows an adult film shoot in rural Texas that turns deadly.

West wrote and directed the film, having spent the last few years working in television. He’s best known for his previous films such as The Innkeepers and The House of the Devil.

A24 will release X into theaters on March 18th.

In 1979, a group of young filmmakers set out to make an adult film in rural Texas, but when their reclusive, elderly hosts catch them in the act, the cast find themselves fighting for their lives.