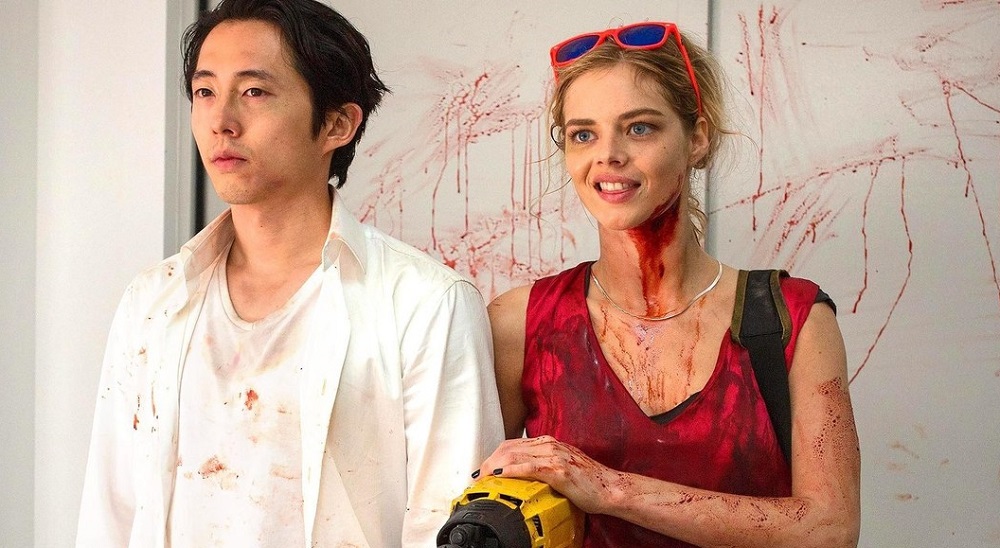 Imagine Office Space meets The Purge and you’ve got a pretty good idea what the aims are for the appropriately-titled Mayhem, the latest film from Joe Lynch, a purveyor of over-the-top madness. Lynch is best known for directing the goofy LARP comedy Knights of Badassdom (geeks still routinely complain about its lack of wide release) and the single-location battle royale Everly, which featured Salma Hayek dispatching wave after wave of enemies. An excess of violence and minimum of plot is generally Lynch’s sweet spot, but as a gory satire of corporate corruption Mayhem isn’t going to get off quite so easy. 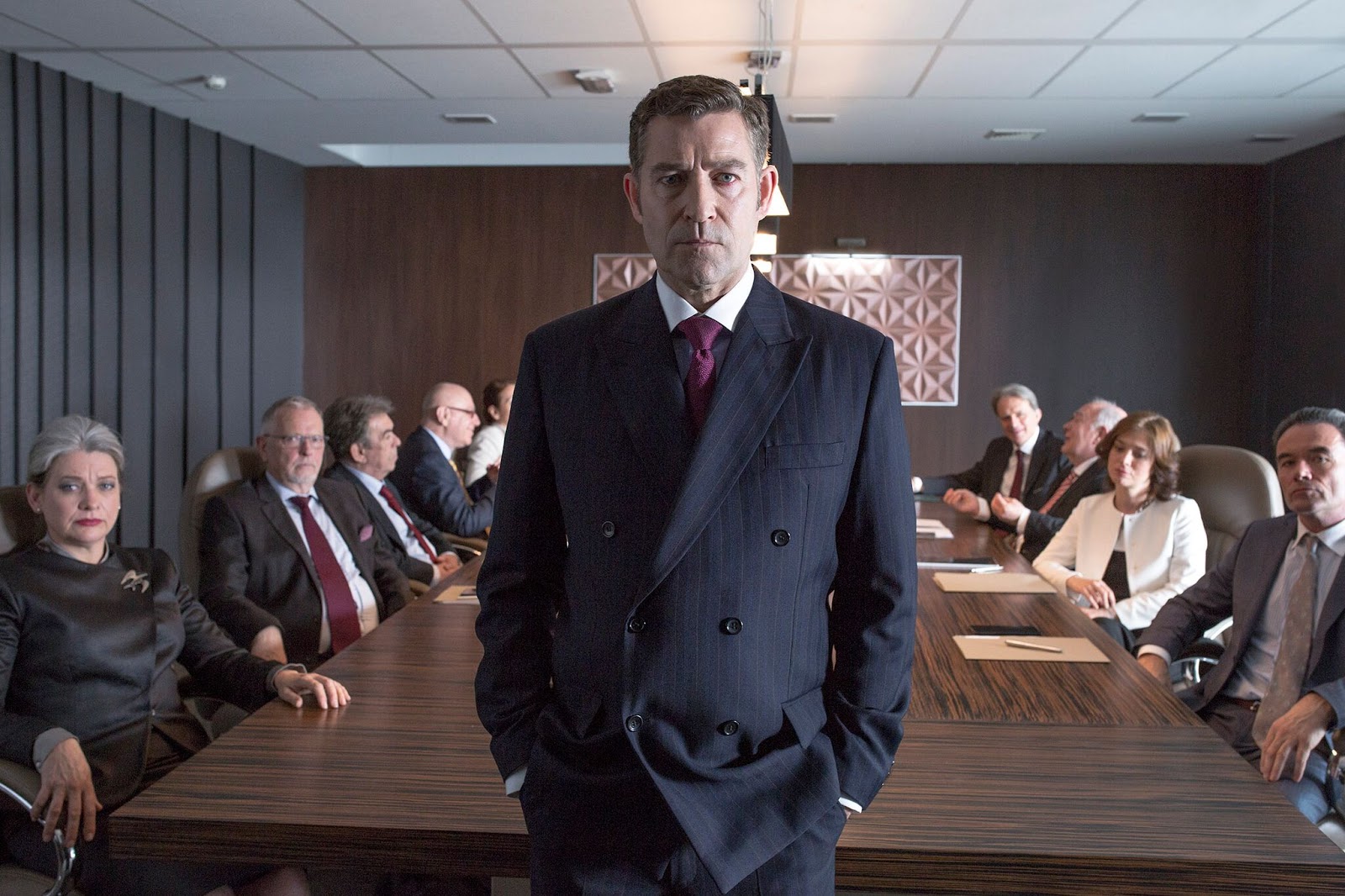 Steven Yeun, who played the beloved Glenn on The Walking Dead, is altruistic corporate peon Derek. The film begins showing us his rise to mid-level importance in a corporate law office, meaning he’s a nice guy who just does his job, even when it means hurting those who need help.  He just feels really bad about it, and occasionally he paints. After being framed for a 7-figure screwup, Derek tries to plead his case but winds up fired, anyway. Good thing a pandemic has broken out in the building, a rage virus of sorts, similar to 28 Days Later. Even better? Court precedent has shown that those under the influence of this virus can commit any act of violence they want and get off on a technicality. 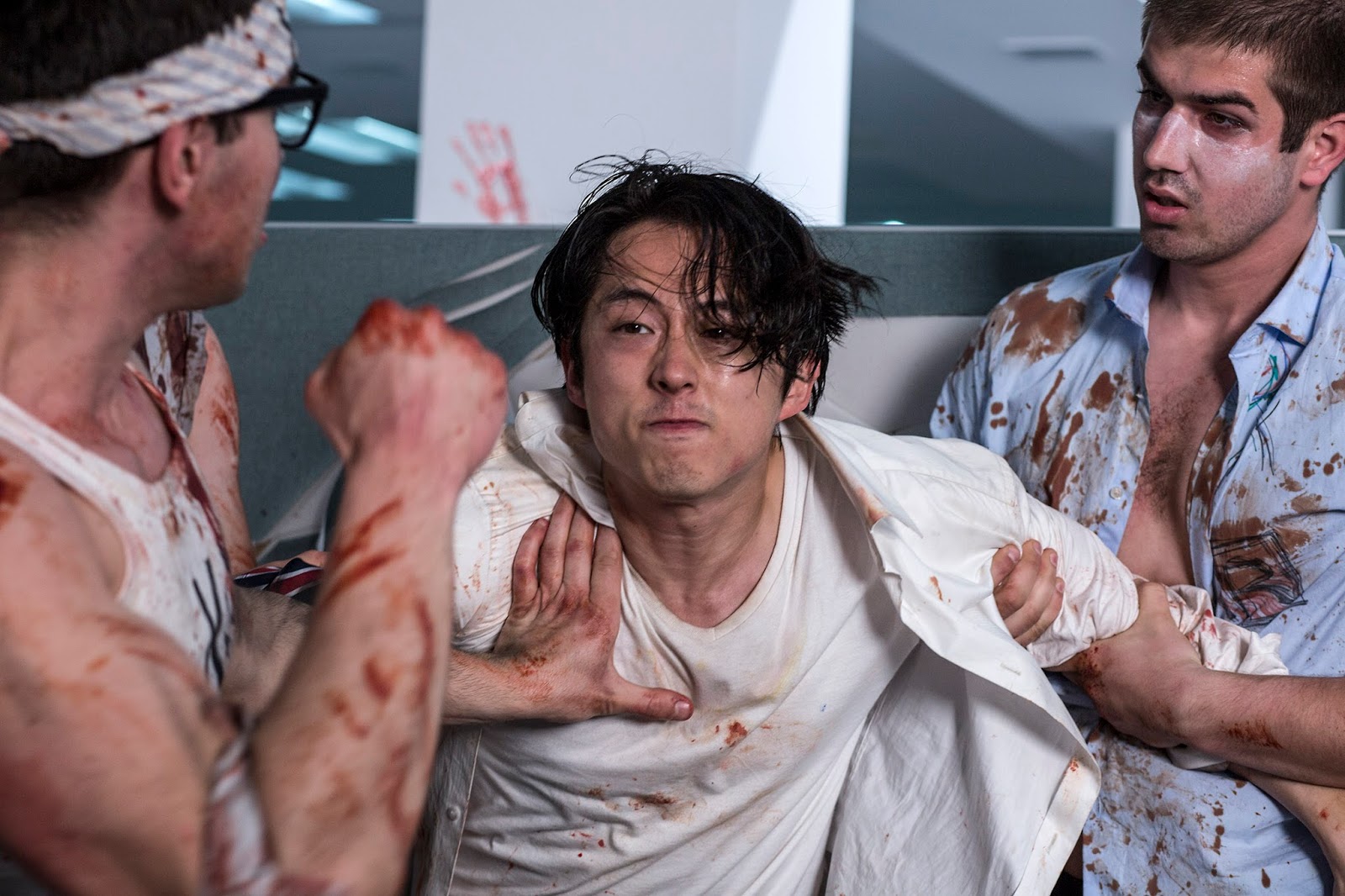 It’s about to get downright prehistoric around the water cooler.

Office Depot never needed advertising quite like this, as staplers, nail guns, scissors, and all sorts of cubicle goodies are driven through skulls and used to slice off tongues. Derek, joined by the equally-vengeful Melanie (Samara Weaving), a client recently screwed by the company, cuts a path through his co-workers in an effort get up to the top floor and go overtime on the big boss (Steven Brand), who is too busy brandishing his golf clubs to care. “Do you have any idea how many man hours I’m gonna lose until he’s replaced?”, the boss screams at the loss of a trusted assistant. Yeah, he’s one of those bosses; the kind of arrogant prick we’ve all had and secretly wished would get his comeuppance. 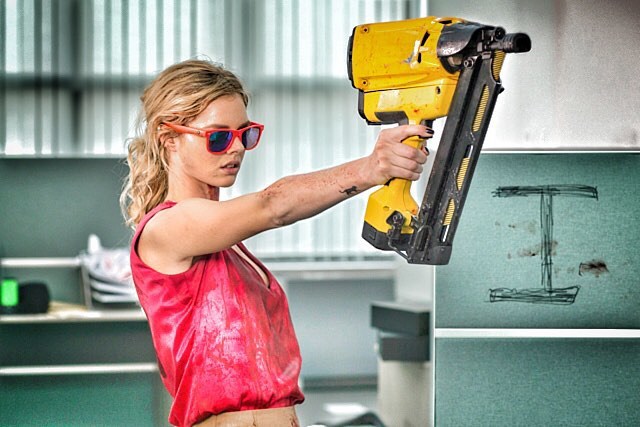 Why is it so tough to cheer Derek on in this bloody mission, then? A big part of the reason is the script by Matias Caruso, which fails to make much of a statement about amorality in the “Corporations are people, my friend” era. Or at least it seems to coast on the simple hope that we all just hate our bosses and despise those greedy corporate crooks. Yeah, we do, but a satirical splatter flick needs to have a little something more to say than that. By contrast there was considerably more insight in James Gunn’s similar The Belko Experiment. At some point there is so much violence that, stylish though it may be, it becomes tiresome without something to back it up. 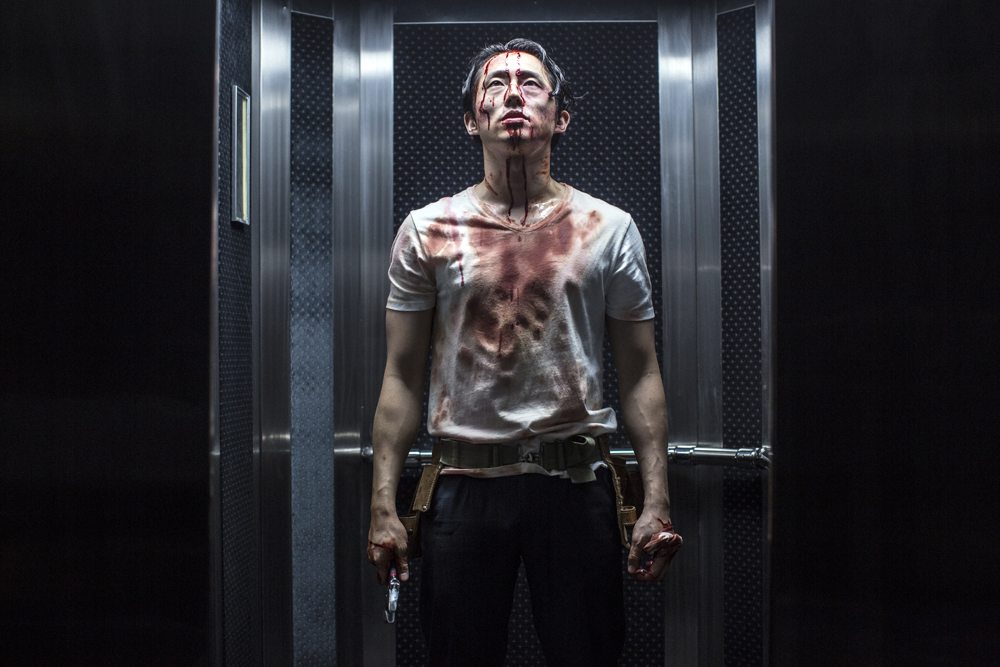 Yeun is and will always be a likable star as long as he keeps playing the underdog, and Weaving gives the film a welcome dose of blue collar fury. Together they’re a fun pair to watch, especially since Weaving correctly approaches her role like a Looney Tunes cartoon.  While there are buckets of blood spilled it’s shot in such a hyperbolic way that it’s impossible to take seriously. And that may ultimately be the problem with Mayhem, and why it lacks real-world resonance at a time when corporations are as popular as pond scum. This should have been an easy home run, but instead it’s like the boss made you stay late and miss half the game.