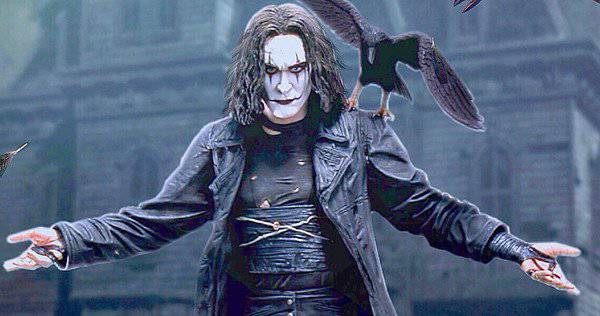 Holy spirits of vengeance, might The Crow Reborn actually be happening?? No film has been in deeper pits of development Hell than the reboot of The Crow, but could Jason Momoa and Corin Hardy be the ones who could see it take flight?

Momoa, who just completed shooting on Aquaman, took to Instagram to show his excitement for The Crow Reborn, although he doesn’t specifically state that it’s happening.

I’ve been waiting for sooooo long. @corinhardy let’s do this brother aloha j
A post shared by Jason Momoa (@prideofgypsies) on Nov 12, 2017 at 7:51am PST

Everybody and their granddaddy has been attached to play Eric Draven, the vengeful hero of James O’Barr’s comic book. Mark Wahlberg, Bradley Cooper, Luke Evans, and Tom Hiddleston are only a few, with just as many directors attached before Hardy took over a couple of years ago. The film would then get swallowed up in a lot of legal mumbo jumbo, although right now Sony holds the rights.

It’s hard to believe Sony or anybody would want to move forward on this since it’s such a risky gamble. There’s a lot of love out there for Brandon Lee’s iconic take on the character in Alex Proyas’ film, but even that is little more than a cult favorite. Is there really enough passion out there to see The Crow remade? I don’t think so, and it seems to me it falls into the same general area as Momoa’s Conan the Barbarian which tanked badly. We’ll see what happens!