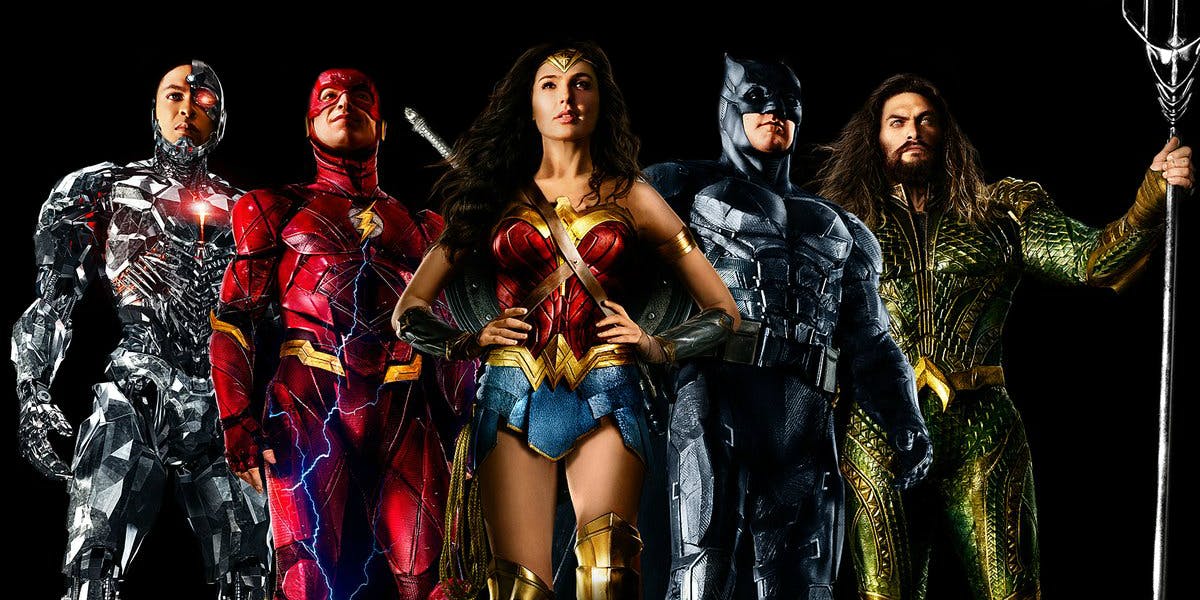 At times it feels like the jury is already out against any DC Comics movie long before it ever opens. If I heard once “Well, let’s hope Justice League isn’t too terrible” or “I just hope it isn’t Batman v Superman”, I heard it a thousand times. Skepticism is what these movies are met with, and strangely enough, Justice League is in an even worse position than it would be if the universally-beloved Wonder Woman hadn’t existed, because now that is the standard it must live up to. It’s an unfair one; the two films only share a single character between them and nothing else, but we expect it to carry the same hopeful ideals and vision.

Justice League has more in common with Wonder Woman than it doesn’t. First of all, the aversion to telling jokes is, thankfully, no longer there. Warner Bros. stepped in it by trying to emulate Christopher Nolan’s gloomy Dark Knight Trilogy, but with the less competent Zack Snyder, and it set them back. Snyder’s here again and many of his usual directorial tics are firmly in place. But as anyone who has been following the production knows, he left in the middle of shooting to tend to a family tragedy, with Joss Whedon stepping in to handle reshoots and a partial script rewrite. The question has always been whether their two vastly different styles could merge into a seamless, enjoyable superhero movie. While you can see some of the stitching around the edges, and I bet you can pinpoint the moment where Snyder ends and Whedon begins, Justice League is DC’s biggest guns in a movie fans can be proud of enjoying.

If Wonder Woman reminded us of the power in what these superheroes can represent, Justice League hammers home that idea even further. Snyder’s trademark music video opening, set to a version of Leonard Cohen’s “Everybody Knows”, shows us how humanity has been devastated by the loss of Superman. Without him, fear has begun to grow and spread, with Batman (Ben Affleck) fighting to keep the ensuing crime wave in check. I’ve often said that Superman’s storyarc has been one of the best things they’ve done, and even in death that continues to be true here. If Man of Steel was Superman learning to be a hero, and Batman v Superman was him learning to be part of humanity, then Justice League is about Superman as a symbol of hope. The power vaccum left by his absence brings the insect-like parademons, emissaries of the powerful intergalactic villain Steppenwolf , a CGI monstrosity voiced by Ciaran Hinds.

Like Marvel, DC still has trouble nailing the bad guys.

Steppenwolf, who isn’t nearly as rockin’ as his rock band namesake, has arrived to find the three Mother Boxes, cubed McGuffins that will give him the power to destroy the planet or something. It doesn’t really matter. He just needs to be stopped, and so Batman must put together a team, his Justice League, because it’s too much for him to handle alone.  The plot isn’t too dissimilar from practically every Marvel movie, in particular The Avengers; just replace Infinity Stones with Mother Boxes and wallah! And of course, that team isn’t going to get along well at first, but thankfully they don’t mimic Marvel with the same oil ‘n water mixture of combustible personalities. For instance, Barry Allen aka the Flash (Ezra Miller) is a ball of lightning whose mouth runs almost as fast as his legs. He literally jumps at the chance to join the team, showing the rabid enthusiasm of a child high on Pop Rocks. Arthur Curry aka Aquaman (Jason Momoa), is the team’s wildcard and  punk rock protector of the seas. Victor Stone aka Cyborg (Ray Fisher) is the strong, silent type who was literally born from the power of the Mother Box, making him arguably the most powerful and important member of the squad.

And then of course there’s Wonder Woman (Gal Gadot), who isn’t on the best of terms with Batman and initially wants no part of any team-building exercises. But this turns out to be as much her story is it is Batman’s or Superman’s. The Diana who saved the day in WWI hasn’t been seen in decades, but this movie is about her quest to be that leader again. Snyder, try as he might, has never been able to get the female voice right (*cough*Sucker Punch *cough*), and while Wonder Woman kicks lots of ass she feels a little bit off at first. That changes later on and you can probably sense that’s when Whedon started adding his two cents, moving her into the forefront and giving the film a feminist power boost it sorely needs.  The team is tiny but there’s a Krypton-sized amount of testosterone going on.

While assembling the team is slow-going and the first hour a series of expository montages punctuated by splash pages, it pays off once Steppenwolf steps up his game. There’s a blisteringly awesome sequence on the isle of Themyscira as the Amazons battle the villain and his flying army, reminding you why a movie following the female warriors is an absolute must. Snyder still hasn’t added any new tricks to his visual palette; for the most part everything is choreographed with a “throw everything at the wall” strategy. Cram as much onto the screen as possible and hopefully the audience can sort it out. There at individual sequences that are dazzlingly brilliant, though, including one with the Flash that owes a lot to the Quicksilver scenes from the X-Men movies, only better because this character has more personality. Some will find Ezra Miller’s performance too amped-up but that’s exactly the point. He’s a live wire, he’s always “on” so to speak, and that he clashes awkwardly with everyone is why Flash is so much fun.

The rest of the cast fare pretty well, amd I think this is by far Affleck’s best performance as Bruce Wayne/Batman. Finally able to shed the nihilism of the previous movie, Affleck’s Caped Crusader is looser, funnier, but still has Batman’s loner mentality. Gadot continues to be excellent as Wonder Woman, slipping back into the role as if she never stopped. Fisher finds a sliver of humanity within Cyborg’s cold metal exterior, and Momoa is having more fun than anybody. Does he even know he’s making a movie? Or was he just showing up to trade shots with Affleck? Aquaman, who like most of the team are due for solo movies in the near future, has the biggest laugh of the movie when he delivers an unusually emotional speech at an unusual time.

While I think the vitriol towards Batman v Superman, Man of Steel, and Suicide Squad are overblown (audiences liked them, but critics didn’t), it’s still a low bar to say that Justice League is simply better than those movies. It’s substantially better; imperfect but another clear step towards the DC Universe taking its rightful place as Marvel’s equal. There’s still some way to go, but at least we have reason to hope.

Rating: 3.5 out of 5
Trav’s Tip: Not that you need me to tell you, but stick around for both a mid-credits and post-credits scene, one that’s basically fan wish fulfillment and another with sequel implications. ﻿