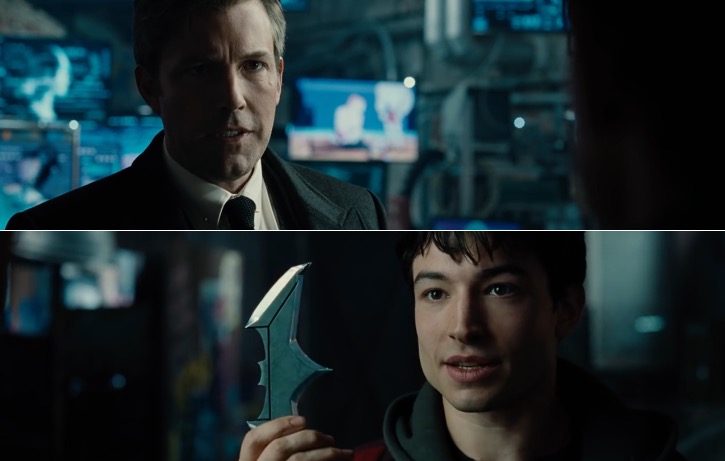 There’s always more room for “Flashpoint”, apparently. The major DC Comics storyline has been adapted twice already, once on The CW’s TV version of The Flash, and again in the animated movie The Flashpoint Paradox. The premise is wide-ranging and sweeping every time, with Flash basically creating an entirely new alternate universe with some dramatic changes to the status quo. So it was a little surprising at Comic-Con when Flash’s solo movie was revealed to have Flashpoint as its title, but with it comes an opportunity to fundamentally change the DCEU.

Ezra Miller, whose Flash I think will be the breakout star of Justice League, hasn’t seen a Flashpoint script yet, but he recognizes the implications of that title. He tells EW…

“What fans understand when they hear Flashpoint, would be almost like hearing a word like ‘Crisis.’ We start to understand that our precious DC universe will inevitably be torn asunder to an endless, headache-inducing fabric of multiversality. The DC Hyper-Extended Multiverse, as I plan to call it. Quote me!”

He’s referring to the seminal crossover “Crisis On Infinite Earths”, the industry standard for company-wide reboots. It’s true, whenever the word “crisis” is used in reference to DC Comics, fans know something huge is going down.

While Miller’s comments are interesting by themselves, it’s DC Films’ Geoff Johns, who happens to be the writer of the original Flashpoint story, who may have the biggest tease of all. With Ben Affleck’s run as Batman looking shakier by the day, and The Batman director Matt Reeves reportedly eyeing his replacement, Johns seems to be teasing a storyline way to change who is the Dark Knight…

“There’s elements in it that we’re going to be playing into that we couldn’t do anywhere else. The scale of it, the Batman story of it all.”

That’s pretty much a confirmation Batman will be in Flashpoint, joining Wonder Woman and Cyborg in basically making this Justice League 1.5. But what Johns is doing is playing coy, because the Batman of “Flashpoint” isn’t Bruce Wayne, it’s his father, Thomas Wayne, who becomes the Caped Crusader after his child Bruce is killed.  With all the timeline gymnastics going on it would be a simple (relatively) thing to work out a way in which an older Bruce Wayne is erased and replaced by a younger version. That would give Affleck the “cool” and “graceful” exit he’s looking for.

The only thing standing in the way? Well, Flashpoint isn’t any closer to happening now than it was a year ago. The film has had all sorts of problems keeping a director, and there’s no script to speak of. When production does finally begin there may be an entirely new plan in place because the DCEU is constantly shifting territory at this point.