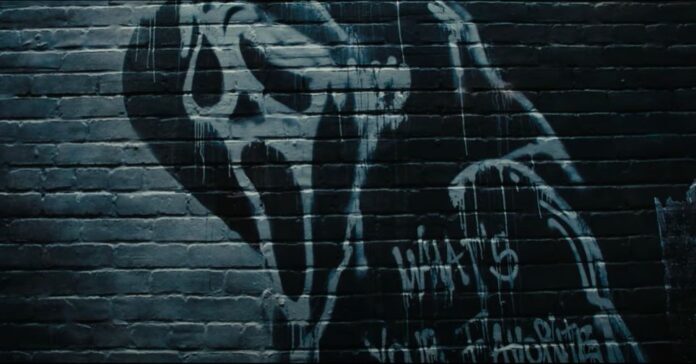 What a wonderful morning! The official trailer for Scream VI is here and it’s got all kinds of horror movie sequel goodness flowing through it. I would like to take a second though and highlight that Scream is the only franchise that I can remember still generating this kind of real excitement 6 movies in. This is usually the point at which these horror icons go full “In Space” if they haven’t already. Granted, there was a lull in Ghostface excitement between 3 and 4 but damned if they didn’t pull us all back in.

The trailer itself highlights, what I think, is one of the most underused scenarios in horror, being in a crowded area but still totally alone. Sure, of course it’s terrifying being alone in a cabin in the woods with no one to hear you scream. You know what’s more scary? Tons of people to hear you scream and no one to care. Courtney Cox is back, plus one Hayden Panettiere who just seems ultra-badass, along with our new cast of characters from the last film (Melissa Barrera and Jenna Ortega) and they are all joining forces to take out the new Ghostface who, like totally isn’t just like the other Ghostfaces, ya know? Seriously though, one scene in particular that I’m really digging is the apparent shrine this killer has to all the previous iterations.

I may be naive, but I think Scream VI is going to continue doing what this franchise does and subvert the norm succeeding where other films couldn’t and will deliver us something truly fresh in it’s sixth outing. Bonus points for a quick shot of one of my favorite upcoming actors Tony Revolori (Willow, Spiderman: Homecoming). Lastly, I think Gale Weathers if finally going down…it may seem to obvious from the trailer shots but that’s exactly why it’s smart…because it’s so obvious!

Check out the trailer below and look for Scream VI on March 10th, 2023