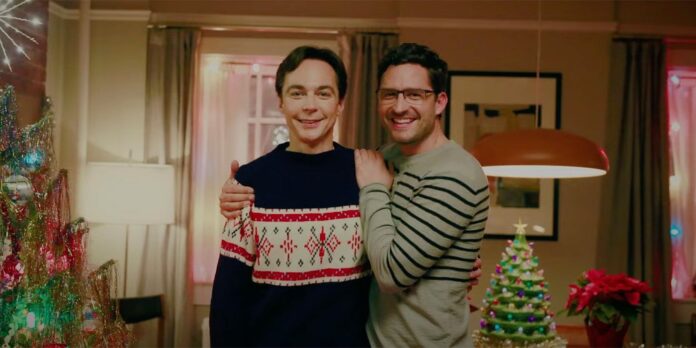 Cinematic love stories don’t always feel rooted in reality. Even those based on real-life often can’t pull the emotional weight they need to feel realistic. Spoiler Alert feels lived in. The true story based on entertainment writer Michael Ausiello’s memoir Spoiler Alert: The Hero Dies captures the beating heart of a relationship between two people destined to be together, no matter their ending.

Jim Parsons, known for playing obsessive-compulsive Sheldon Cooper on The Big Bang Theory, plays the TV and Smurf-obsessed Michael. As a young gay man living in New York City working for TV Guide, we see him navigate his life alone looking for his purpose before meeting Kit (Ben Alridge), a photographer, at a gay bar. Though predictable, we follow them from meeting to Kit coming out to his parents (Sally Field and Bill Irwin) through the unavoidable ups and downs of their relationship.

Parsons and Aldridge have the onscreen best chemistry this year. Playing off of one another’s every move,  the couple’s relationship is Spoiler Alert’s vital beating heart. Never does it feel hokey or schmaltzy. When we get to the inevitable cancer plot, their dynamic never feels cliché. Even their fights feel to move the plot forward and like a natural evolution of their relationship.

Director Michael Showalter seems like he would be the perfect director for this story. Known recently for blending gut-busting comedy with heartbreaking tender drama in films like Hello My Name is Doris (also starring Sally Field) and The Big Sick (also dealing with relationships and illness). Spoiler Alert, however, continues Showalter’s uneven directing streak seen most recently in last year’s The Eyes of Tammy Faye.

When dealing with larger comedic strokes, like an oddly placed Snurf reveal, Showalter can’t seem to escape the awkwardness of the scene and find the laugh. There are a few storytelling devices thrown in toward the end that don’t work the way he wants them to.

But what he does brilliantly is showcase the small quirks about Michael and Kit that make them charming and human. He takes the blueprint left by David Marshall Grant and Dan Savage’s script and Ausiello’s memoir and presents these characters as if they were players in our own lives.

Spoiler Alert is a love story framed as a real-life drama, full of tv-worthy twists and turns. But as Showalter’s direction and Parson and Alridge’s performances prove, the film is at its best when it’s based in the reality of its characters – not in the relatability of what it’s trying to say.

Spoiler Alert is playing in theaters. Watch the trailer below. 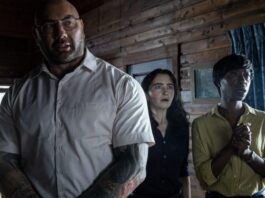 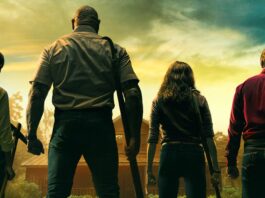 ‘Knock At The Cabin’ Trailer: Dave Bautista Tries To Avert An... 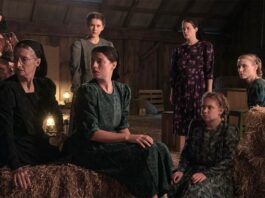