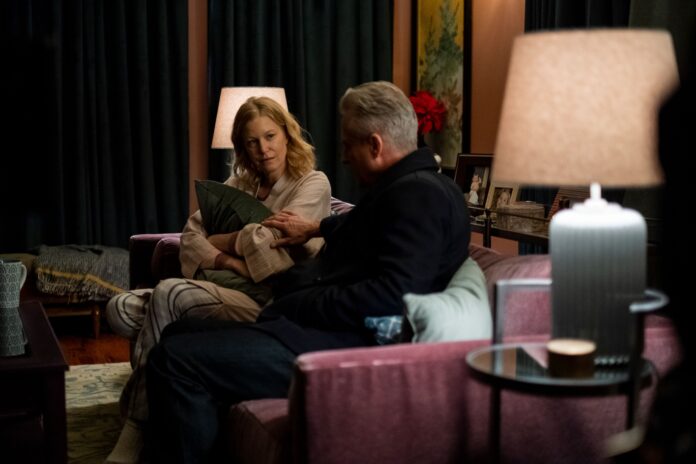 The Apology, the feature debut of writer/director Alison Star Locke, has all of the pieces of a fascinating, complex moral drama. Emmy award-winning Breaking Bad actress Anna Gunn stars as Darlene, a recovering alcoholic preparing for holiday festivities with her best friend. It’s been 20 years since the disappearance of her daughter, a tragic event that she has never recovered from. But then her estranged ex brother-in-law shows up, bearing nostalgic gifts and harboring a terrible secret.

Thankfully, the new trailer doesn’t give everything away, but we can tell that Darlene is put in the position of exacting revenge, or moving on with her life. Given that this is a Shudder film, we can probably guess where it’s headed and I’m okay with that.

Gunn, who I’ve been a fan of since the little-seen financial thriller Equity, is joined by Janeane Garofalo and Linus Roache.

RLJE Films will release The Apology into theaters on December 16th, joined by Shudder and AMC+ streaming.

In THE APOLOGY, twenty years after the disappearance of her daughter, recovering alcoholic Darlene Hagen (Anna Gunn) is preparing to host her family’s Christmas celebration with her best friend Gretchen (Janeane Garofalo). Late Christmas Eve, Darlene’s estranged ex-brother-in-law, Jack (Linus Roache), arrives unannounced, bearing nostalgic gifts and a heavy secret. Soon, Darlene finds herself caught between reason and ruthless instinct. Trapped together by a dangerous storm, a battle of wits escalates to a violent game of revenge.