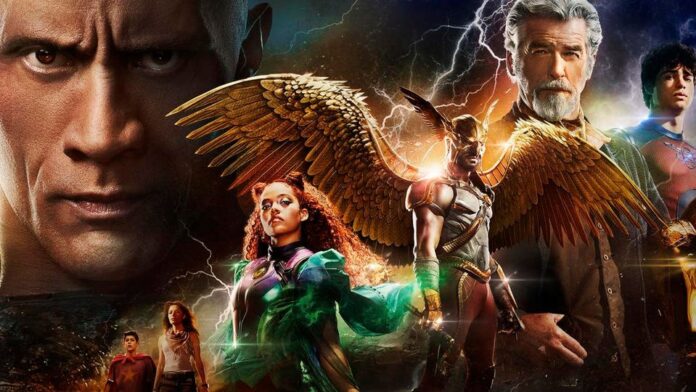 When Black Adam opened a few weeks ago with $67M domestic, the largest debut of Johnson’s career, it was spun as a big hit. But even then, it was obvious the film would have to make a killing before Black Panther: Wakanda Forever arrived. Well, as of right now, Johnson’s superhero flick has just $352M worldwide, and that may not be the super-powered showing it needs to earn a sequel.

According to The Wrap, Black Adam is likely to lose money when all is said and done. Blame the huge $195M budget for the problem, making it so that even a $400M haul wouldn’t be enough to break even.

“There is a section of Johnson fans who will turn out for anything that he is in, and it was a major reason why ‘Black Adam’ posted the first $50 million-plus opening the box office had seen in three months,” but “as global returns sagged in the following weeks amid mediocre buzz, Johnson’s reach with general audiences fell short.”

In other words, even Johnson’s star power wasn’t enough to get audiences to pay for a superhero character they’ve never heard of. Especially when the reviews aren’t through the roof excellent.

By comparison, Black Adam‘s predecessor Shazam! opened in 2019 and earned just $366M worldwide. But at a budget of just $100M it was at least a marginal success.

Warner Bros. Discovery might want to do a Black Adam sequel just to keep Johnson happy, but there’s a good chance the new regime nixes that idea…

“A ‘Black Adam’ sequel, at least at a $200 million budget, is far less likely, especially considering how Warner Bros. has been cutting costs left and right following its merger with Discovery.”

Over the weekend Johnson made sure to tweet congratulations to Marvel for the success of Black Panther: Wakanda Forever. I like that he ended the post with “#Black Adam” as if putting his movie on the same tier. Not quite, Rocky.

A huge congratulations to the entire #BlackPanther TEAM, @MarvelStudios @DisneyStudios
Biggest opening ever for the month of November 👏🏾👏🏾👏🏾👏🏾 💪🏾🥃
That’s a lot of happy movie goers around the world.
Beautiful!!! Can’t wait to see the movie.
~ #BlackAdam