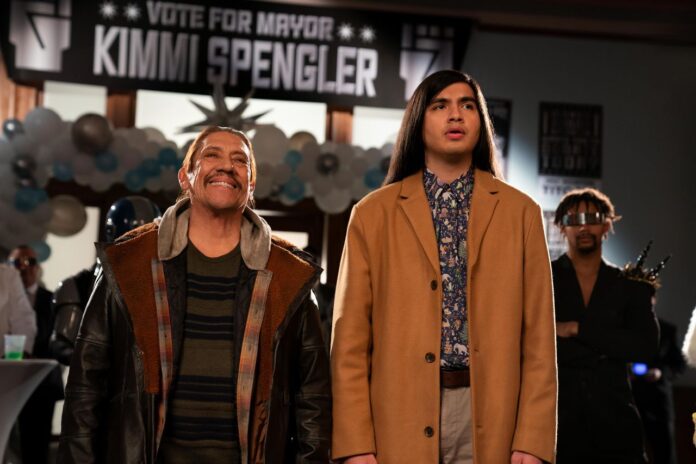 Have a Merry Christmas! And a happy new Binge! Hulu has dropped the trailer for It’s A Wonderful Binge, the holiday sequel to 2020’s The Binge, which is like the stoner version of The Purge. Except in this fictional near-future version of America, all drinking and drugs are banned except for one glorious day of the year. And this time, somehow, that day happens to fall on Christmas. So spike the shit out of that egg nog!!!

The sequel brings back Eduardo Franco (now a bigger star following Stranger Things season 4), and Dexter Darden as buddies Andrew and Hags, respectively. It looks like Skyler Gisondo declined to come back for this one. Somehow, Andrew and Hags both have girlfriends, which only complicates a Christmas season made worse by copious amounts of drugs and alcohol. Hags plans to drop an engagement on his girlfriend during this chaos, while Andrew is given the It’s A Wonderful Life treatment by a guardian angel played by Danny Trejo.

After writing the first Binge, Jordan VanDina makes his directorial debut on the sequel.

Hulu will release The Binge 2: It’s A Wonderful Binge on December 6th.

‘Half Baked’ Sequel On The Way, No Dave Chappelle But Rachel True Is Back As Mary Jane