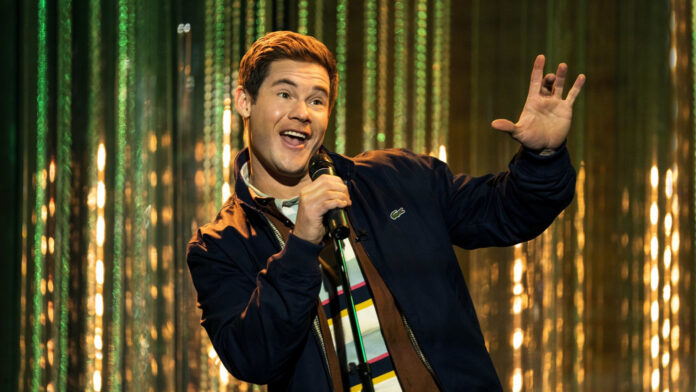 The chances of a fourth Pitch Perfect movie are probably dead…for now, but the franchise is still very much alive. The story of the Barden Bellas might be over, but one of the annoying dudes who made their lives miserable…well, his story keeps right on humming. Bumper in Berlin follows Adam DeVine’s character as he attempts to find celebrity fame in Germany.

So what sparks Bumper’s quest for success in Germany of all places? A TikTok that goes viral, of course. The six-episode series also features the return of Flula Borg as Pieter Krämer, leader of the German a capella squad in Pitch Perfect 2. Also in the cast are She-Hulk and The Good Place‘s Jameela Jamil, Sarah Hyland, and Lera Abova.

Just tell me when Rebel Wilson makes her cameo. Thanks.

The series is exec-produced by DeVine and Pitch Perfect star and director, Elizabeth Banks.

Peacock will debut Bumper in Berlin on November 23rd.

‘Bumper In Berlin’ Teaser: Adam DeVine Is Back As Bumper In Peacock’s ‘Pitch Perfect’ Series Spinoff