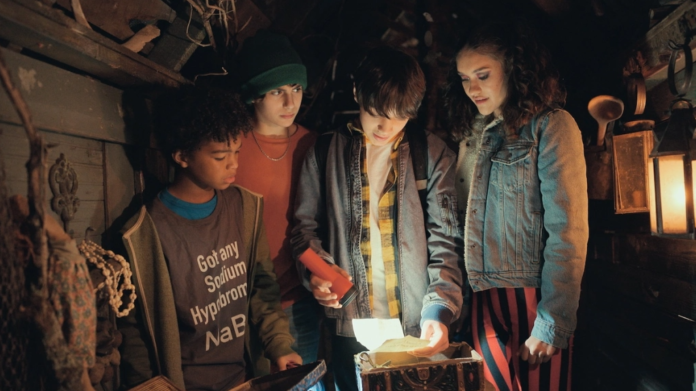 It’s that time of the year again. When leaves start to change color and the weather has that brisk and chilly feel. As predictable as the seasons is the influx of subpar “horror” movies leading up to Halloween. Well, look no further as Spirit Halloween: The Movie kicks us off this year. 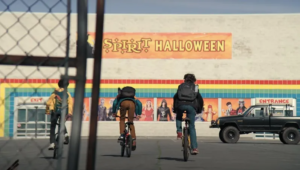 Jake (Donovan Colan) has always loved Halloween because it was something he and his dad bonded over. They would decorate the whole house, enjoy scary stories, and of course trick or treat. Jake’s dad would take him and his best friends Carson (Dylan Martin Frankel) and Bo (Jaiden J. Smith) every year. All good things must come to an end, and Jake’s beloved holiday is one of them. Jake’s father has passed away and his mom Sue (Rachael Leigh Cook) has married Frank (Brad Carter). Jake’s stepsister Joanie (Billie Roy) is trying to mix in fairies and princesses into the Halloween decorations. On top of all of that, Carson is saying they’re too old to trick or treat. I mean come on, they’re about to be in the 9th grade. 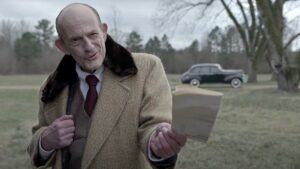 In an effort to try and capture some of the magic of past Halloweens, Jake hatches a plot. The three of them are going to spend Halloween night inside the new Spirit Halloween store. They’ll eat candy, watch scary movies, and have tons of Halloween accessories to play with. All goes according to plan, until the unruly spirit of Alex Windsor (Christopher Lloyd) crashes the party. Windsor mysteriously disappeared on Halloween and his haunted legend is well-known. As the boys try and make it through the night, Caron’s sister Kate (Marissa Reyes), joins in on the fun. It may be 4 against 1, but Windsor has been waiting a long time for this chance… 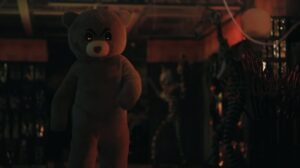 Spirit Halloween: The Movie is directed by David Poag and written by Billie Bates. The film is the feature length debut for Poag as well as Bates. This came as no surprise as the film looks like it would be the feature length debut for a writer and director. The script and directing both leave a lot to be desired. On top of that, the acting is nothing to write home about. We get unclever line after unclever line delivered with no passion for a majority of the flick. A boring script, unmemorable direction, and subpar acting don’t make for a good mix. Spirit Halloween: The Movie felt like a watered-down version of a Goosebumps movie or tv show episode. Seeing as how Goosebumps itself is a watered-down version of many legitimate horror films is, were getting to a pretty dangerous level of dilution. 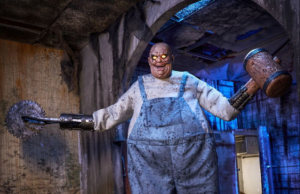 There were numerous times throughout the film where I just kept wondering why this exists. On top of that, I constantly was asking myself who this movie was for. The film’s lack of scares and humor eliminated adults pretty early on. Yet the monsters and silly jump scares made it seem like I should eliminate kids as well. I settled on possibly middle schoolers. They are old enough to not be scared and young enough to find some humor in the film. I can’t emphasize enough how much I hope this film and corporate retail sponsorship is a one off. I’m already bracing for Halloween 2023’s Best Buy: Or Die and the perfect 2024 Valentine’s day release Walmart: Till Death Do Us Part.

I normally never want to step foot in overpriced Halloween stores. After seeing Spirit Halloween: The Movie, that sentiment has only grown. And no, it’s not because I’m worried about running into a possessed teddy bear spouting Christopher Lloyd one liners. That wasn’t enough to save the film, and it wouldn’t be enough to save the trip to the store either. Which is a shame, because typically I am all for as much Christopher Lloyd on my screen as possible. However, Spirit Halloween is so bleh that I was ready for it to end almost as soon as it began. With only being 80ish minutes long, that might be its biggest saving grace. There’s a lot better content out there, no need to check this one out. Here’s to hoping Halloween movie season only goes up from here.

Spirit Halloween is in theaters now, and will hit VOD on October 11th.