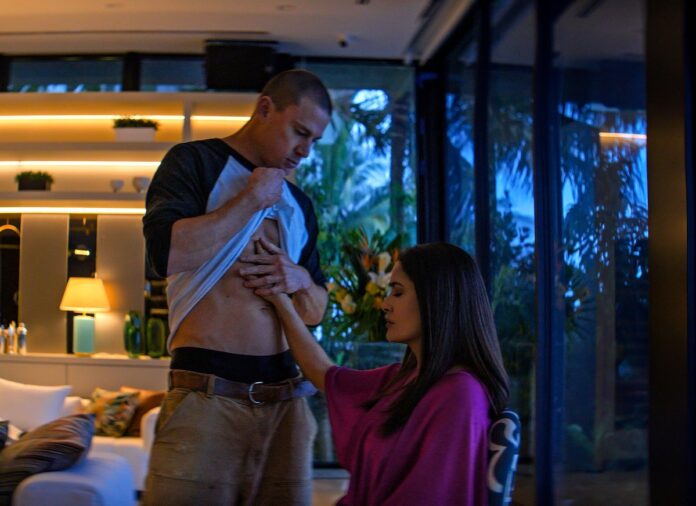 “All good things begin in Miami.”

And apparently, all roads lead to getting felt up by Salma Hayek. Can’t complain about that.

Channing Tatum tweeted the first image from Magic Mike’s Last Dance, revealing to us that his abs haven’t gone anywhere. The photo also shows co-star Salma Hayek getting a handful of Tatum’s bod in what looks to be the start of something quite sensual.

The film is the third and final chapter in Tatum’s trilogy that began in 2012, and continued with 2015’s Magic Mike XXL. Steven Soderbergh directed the first film and returns for the finale, with the script once again penned by Tatum’s creative partner Reid Carolin. Details remain a mystery, but we can assume there will be plenty of pole dancing.

Tatum’s tweet also mentions the Magic Mike live tour, which opened in Las Vegas and has spread throughout the world. He also mentions the movie’s release date, in time for Valentine’s Day on February 10th 2023.

The original plan was for Magic Mike’s Last Dance to be an HBO Max exclusive, but that was before Warner Bros. Discovery decided to take advantage of the franchise’s box office strength and go theatrical. The two previous movies have combined for over $400M worldwide.