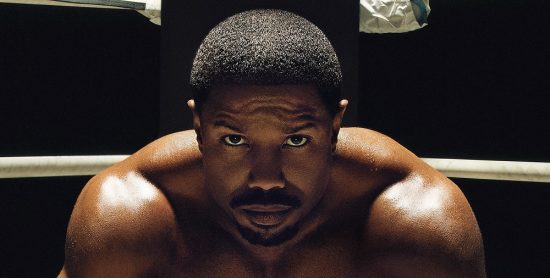 It’s about to be a slugfest for the ages! The first posters have arrived for Creed III, which finds Michael B. Jordan both starring and making his directorial debut. The big takeaway from we see is that both Jordan and Jonathan Majors look jacked and ripped. This is going to be a war.

Majors makes his debut in the franchise as Adonis Creed’s next opponent, Anderson Dame. This is the first movie to not feature Sylvester Stallone as Rocky Balboa, who departed after Adonis’ victory in Creed II over Viktor Drago, who returns in this film once again played by Florian Munteanu. In what could be the final movie in a Creed trilogy, Adonis appears to finally be out of Rocky’s shadow but facing a possibly unstoppable challenge.

Details on who Dame is to Adonis are still being kept a mystery, but we could find out more when the trailer drops tomorrow. Speaking with Men’s Health, Majors described his workout regiment and how the construction of his body informs our understanding of Anderson Dame…

“There are certain reasons you build your body. Dame’s body was built from loss. He had lost something, and that hole is what made him work the way he worked. When you see Dame’s body, you go, Oh, that makes sense. You don’t look like that and be happy with life.”

Also returning to the cast are Tessa Thompson, Phylicia Rashad, and Wood Harris. Ryan Coogler, who directed Creed in 2015, stays aboard as exec-producer. Stallone is also a producer through his own label. Keenan Coogler and Zach Baylin (King Richard) wrote the screenplay.