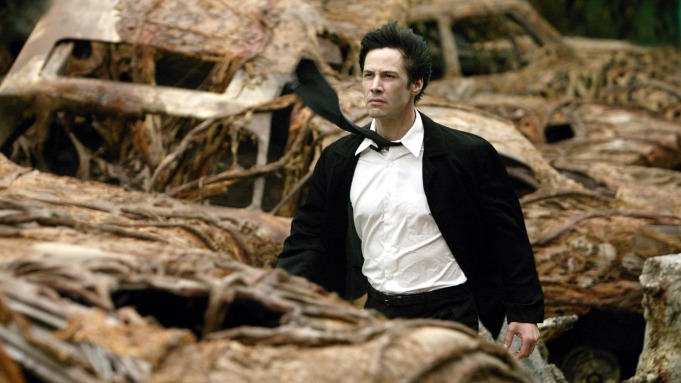 It only took 17 years, a short-lived TV series, a popular stint on Legends of Tomorrow, and the takeover of Warner Bros. Discovery, but Constantine is coming back to the big screen. And with Keanu Reeves back in the role. But boy, there’s a lot more to the story!

Deadline reports that Akiva Goldsman will write the Constantine sequel, with Keanu Reeves reunited with the first film’s director Francis Lawrence. This comes after WBD passed on the live-action series from JJ Abrams’ Bad Robot, which had been in development along with a number of other DC Comics projects like Justice League Dark and Madame X featuring Madame Xanadu.

As of right now, Abrams’ Constantine and Madame X shows are being shopped to other networks. Meanwhile, it’s unclear what’ll happen to others such as Zatanna and Justice League Dark, which are similar in tone and content. At this point, with WBD aggressively licensing out their content it seems a good bet that these will be shopped elsewhere, too.

John Constantine is the chain-smoking demonologist and paranormal investigator of the DC Universe. The 2005 movie was interesting because Reeves was hardly the ideal actor to play Constantine, who is very world-weary and very very British. It was a modest hit at $230m worldwide, but it became a cult favorite over the years as Reeves and the character grew in popularity.