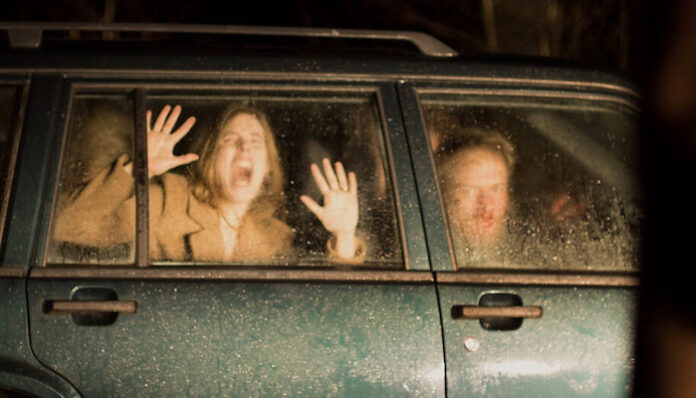 Sometimes I’m glad to be somewhat anti-social. I’m a homebody, I wasn’t always, but somewhere around 30 the idea of being home on the couch became the perfect Friday night and socializing was something to be feared. One thing I’ve NEVER wanted to take part in? A group vacation. You know, two or more families rent a huge house and all vacation together…I almost need a Xanax just thinking about it. I can tell you one thing, after watching Writer/Director Christian Tafdrup’s film Speak No Evil, that kind of thing if off the list completely. Tafdrup takes a situation that every one of us has been in and pushes it to it’s limit while still being able to illicit thoughts of “Would I?” from his audience. That last piece is exactly what make this film so uncomfortably terrifying to watch. 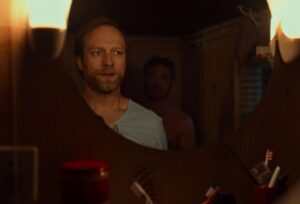 Bjorn and Louise (Morten Burian and Sidsel Siem Koch) are a normal Danish couple with a pre-teen daughter. While on vacation in Tuscany they meet and hit it off with Patrick and Karin (Fedja van Huet and Karina Smulders) a family just like theirs with a young son. Months later they receive an invitation to stay with their Dutch new friends over a long weekend in the countryside. Not wanting to be rude the family accepts the invitation and heads off to see their new friends. Almost immediately small red flags begin to wave and as Bjorn and Louise see each flag rise, they do what most of us do every day and say “It’s not my business”, or “I don’t want to be rude” while slowly and unknowingly marching down a dark path. 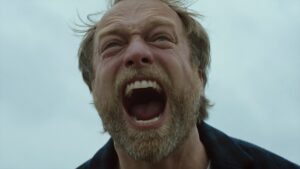 You know the cliché scene where people are watching a horror movie and the audience is yelling “Don’t go in there!” and the character (shockingly) goes in there? This is what Christian Tafdrup seems to have been aiming for with Speak No Evil, but instead of showing us a character in an outrageous situation making a nonsensical choice he turns the camera on the audience and says “Hey! Look. You do the same thing all the time, it only seems obvious because you know you’re watching a horror movie”. If that exact thing wasn’t his intention, then it’s one of the happiest accidents in cinema because this revelation really smacked me in the face and, once realized, made the film that much more terrifying. Let me be clear here, because I used the term “Terrifying” twice already. This is not a standard horror film, save for the last 15 minutes (and those last 15 minutes…OH BOY) it could really be classified as a suspense or thriller.

Technically speaking, the film is gorgeously shot, Tafdrup has been in the biz for nearly 30 years and his talent and experience show. He shows this rare talent to know exactly when to shoot a scene in a way to make you feel claustrophobic, almost as if the camera angles themselves are contributing to that feeling of emotional discomfort you are sharing with the on-screen characters. He didn’t do it all though, his core cast was excellent with Morton Burian being a real stand-out. It’s always amazed me when actors slowly melt from charismatic best buddy to something decidedly more sinister and Burian does that flawlessly. I can’t go without mentioning little Marius Damslev, who plays Bjorn and Louise’s son Abel. Abel was born with a genetic deformity causing a shortened tongue impeding his ability to speak. A tough role for a kid but Damsley nails it and joins an iconic pantheon of “Creepy Movie Kids”.

I stick to my original statement. The film is terrifying and has the potential to shift your reactionary thinking for, at least, a few weeks after seeing it. Every time that Bjorn crosses a line or is caught in a lie, you’ll think to yourself “Well duh, I would totally get out of there now!” but you wouldn’t, trust me you wouldn’t. If you did, you’d be a complete social pariah? Why? The why is easy, think of every time you went to someone’s home with whom you weren’t terribly well acquainted. There’s almost always that moment where you see something that strikes you as weird, or off, or even wrong, that you disregard because “everyone’s different” and think to yourself that it’s none of your business. Do you know where your line is? Do you know at which point you would decide to get out? Speak No Evil will remind you that, no, you don’t.