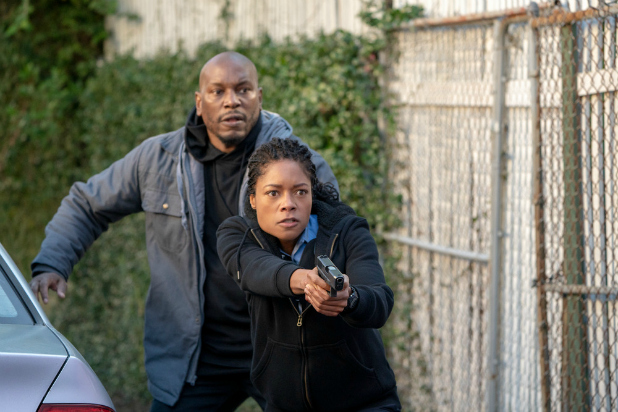 Naomie Harris probably deserves a better movie than Black and Blue, a timely but fundamentally generic cop thriller straight out of the David Ayer playbook. She’s certainly earned it, with stellar performances in blockbuster films such as Pirates of the Caribbean and Skyfall, to her Oscar-nominated dramatic role in Moonlight. Harris has the goods to deliver on a potentially weighty, racially-charged premise, but the movie she’s given turns out to be just another cop-on-the-run flick.

Black and Blue stars Harris as rookie officer Alicia West, who has returned home to New Orleans’ Ninth Ward to find it overrun by drugs, violence, and a police force that couldn’t really give a shit about the people they are to serve and protect. The film begins promisingly enough. Alicia goes on her morning jog through one of the better neighborhoods, only to be pulled over and rough up by a couple of white cops demanding to know why she’s there. When they figure out she’s one of them, the closest thing to an apology is a dismissive “You know how it is.”

Peter Dowling’s script teases an exploration of the conflict faced by black cops, torn between loyalty to their people and their brothers in blue. But also as a black woman on a police force that appears to be nothing but men, Alicia is in an especially tenuous position. There’s a lot of potential in that story, one that has been explored frequently in films stretching as far back as The Glass Shield and as recently as Monsters and Men. That’s not the story screenwriter Peter Dowling tells, though.

What we do get is a suspenseful but ultimately forgettable cop movie, which finds Alicia on the run after capturing a police-involved homicide on her body cam.  Alicia finds her inner struggle taken to deadly new levels as she is hunted by both the corrupt officers who have framed her for the crime, and the black residents who see her as just another cop who can’t be trusted. With help from Mouse (Tyrese Gibson), a former friend and local storeowner, Alicia must survive long enough to get the cam footage back to the precinct to clear her name and expose the real killers. 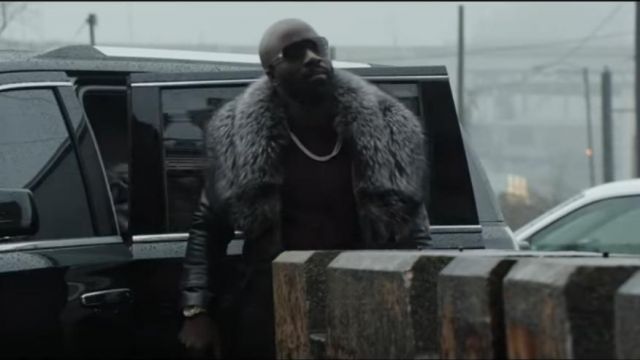 Harris is powerful and sympathetic, matched in sheer force by Frank Grillo as the dirtiest cop on Alicia’s  trail. They lend weight to the material when there is none. Mike Colter, sporting a mouth grill and evil sneer that’ll make you forget Luke Cage real quick, is a scarily dominating presence when he needs to be. Gibson’s out of place, though. I know his role is underplayed so as not to take away from Harris, but he’s not the right actor for that kind of role.

Directed by Deon Taylor, who had the campy home invasion film The Intruder just a few months ago, Black and Blue says little about life in New Orleans post-Katrina, other than it’s apparently swarming with stereotypical gangbangers and drug dealers. There’s plenty of kinetic action, however, shot appropriately enough by legendary Heat cinematographer Dante Spinotti. He knows a thing or two about capturing shootouts between the cops and bad guys. It’s enough to keep Black and Blue entertaining, but certainly not substantive in the arresting way it could have been.