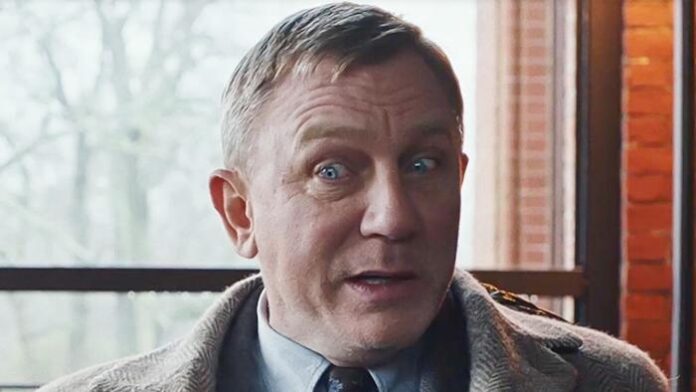 Have you noticed that Rian Johnson has been making the rounds a lot lately, talking The Last Jedi and just about everything else under the sun? It’s not that he’s got anything new to tell us about his apparent Star Wars trilogy, so what’s the deal? He’s out there promoting Glass Onion: A Knives Out Mystery, the sequel to his smash whodunnit that will be headed to Netflix.

A new trailer has dropped for the star-studded mystery, which is of course led by Daniel Craig as detective Benoit Blanc. The coterie of suspects this time around is played by Dave Bautista, Edward Norton, Janelle Monáe, Kathryn Hahn, Leslie Odom Jr., Kate Hudson, Madelyn Cline, Jessica Henwick, and Ethan Hawke. This time, the case involves a group of longtime friends on a vacation in the Greek Isles that ends in murder.

The first Knives Out earned a whopping $311M worldwide, and Netflix swooped in with a massive $460M to distribute the next two films. You can insert here your own jokes about the streamer’s plummeting stock value and drop in subscriber base.

Glass Onion: A Knives Out Mystery will open in select theaters this November before hitting Netflix on December 23rd.

Rian Johnson Is Still In The Star Wars Game, Ensures Fans His Trilogy Will Happen