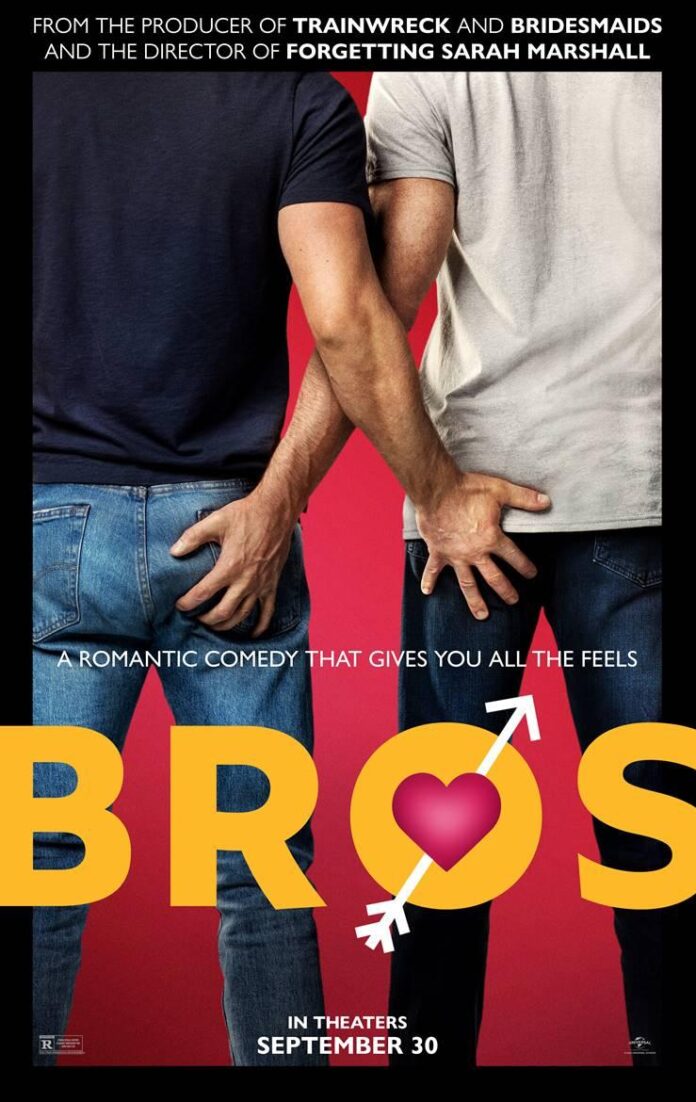 From the ferocious comic mind of Billy Eichner (Billy on the Street, 2019’s The Lion King, Difficult People, Impeachment: American Crime Story) and the hitmaking brilliance of filmmakers Nicholas Stoller (the Neighbors films, Forgetting Sarah Marshall) and Judd Apatow (The King of Staten Island, Trainwreck, The Big Sick), comes Bros, a smart, swoony and heartfelt comedy about how hard it is to find another tolerable human being to go through life with.

The screening takes place on Tuesday, September 27th at 7:00pm at Regal Majestic in Silver Spring. If you’d like to attend, RSVP at the Gofobo ticketing site here. Please remember all screenings are first come first served and you’ll need to arrive early to ensure seating. Enjoy the show!