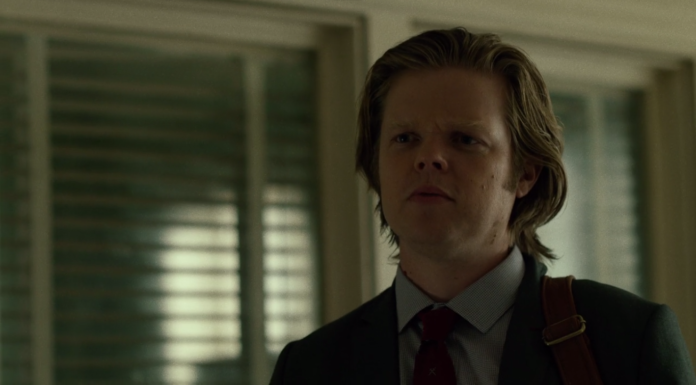 Marvel is clearly trying to have their cake and eat it too when it comes to Daredevil: Born Again, which star Charlie Cox swears isn’t a continuation of the canceled Netflix series. But Cox’s presence, along with that of Vincent D’Onofrio as Kingpin, tells us that Marvel wants us to keep a connection in mind, otherwise these roles would be recast. And if a new rumor is true, another familiar face could be returning to hang with the Man Without Fear.

A new rumor by Daniel Richtman (judge accordingly) says that Elden Henson, who played Matt Murdock’s pal and legal partner Foggy Nelson will return for Daredevil: Born Again. Foggy is integral to the Daredevil story, always has been, and he was key in the previous TV series, too. Of course, he was often getting into trouble, or alternately getting Murdock out of a jam.

If Henson does come back, can Deborah Ann Woll be far behind as Karen Page? It’s hard to say. Woll has had it rough since the show ended, and has been pretty vocal about it. Marvel could reach out to her, or decide to look elsewhere. But if they did that it would be seen as a criticism of her work, which I don’t think is justified. It’s always possible that Woll has no interest in playing Karen Page again.

All of this adds fuel to the rumors that we’ll eventually see Mike Colter as Luke Cage, Jon Bernthal as Punisher, and Krysten Ritter as Jessica Jones. And if that happens you know fans won’t rest until the Defenders are reunited. Personally, I’m hoping all of this leads to a Heroes 4 Hire show.