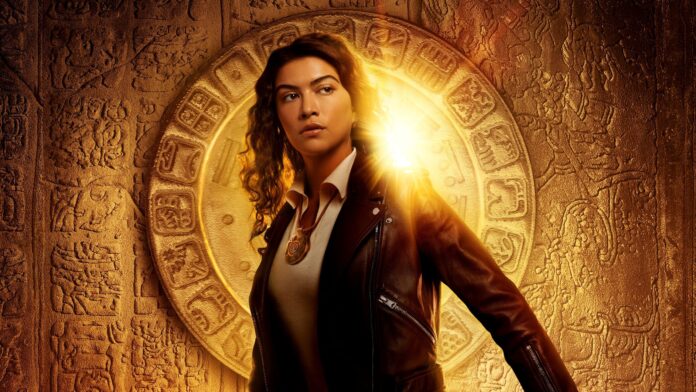 What is National Treasure without Nicolas Cage? I always found those films to be uniquely his, even though they were very much part of the Disney machine. And as such, Disney isn’t going to lent the dormant franchise stay buried any longer. D23 saw the first trailer for sequel series National Treasure: Edge of History, which may not have Cage (yet) but it does have plenty of direct ties to the original movies.

Lisette Alexis stars as Jess Morales, “a brilliant and resourceful DREAMer who embarks on the adventure of a lifetime to uncover the truth about her family’s mysterious past and save a lost Pan-American treasure.” Bringing some star power to the cast is Oscar winner Catherine Zeta-Jones as Billie, “a badass billionaire, black-market antiquities expert and treasure hunter who lives by her own code.”

Drawing a direct line to the Nicolas Cage films are the return of Harvey Keitel as Peter Sadusky and Justin Bartha as Riley Poole, sidekick to Cage’s character Ben Gates. I’m not totally sure if Morales is supposed to be the daughter of Gates, but the footage here sure does seem to suggest it.