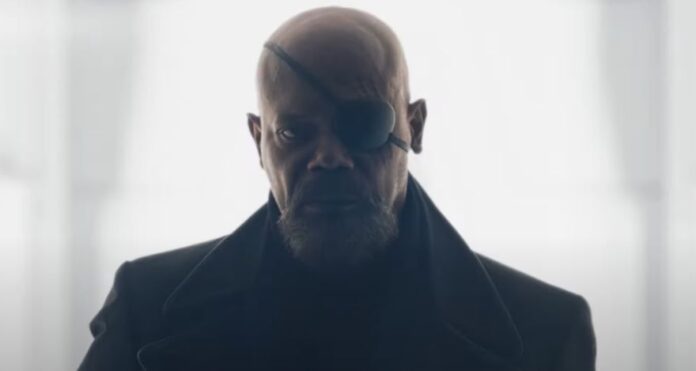 Secret Invasion, the upcoming Disney+ series (and Nick Fury’s first starring role) take it’s name from an earth shattering comic book arc where it’s discovered that the Skrulls (those green skinned, shape-shifting aliens from Captain Marvel) have been deeply imbedded in the hierarchy of Earth, Senators, Congressmen/women, movie stars, even Superhero’s were actually Skrulls in disguise. With that in mind it’s not surprise that the tone of the trailer, released today at Disney’s D23 event, is deadly serious. I mean in a way that, if the trailer represents accurately what we’re going to get, will supplant Captain America: The Winter Soldier as the record holder for a “shit got real” theme in the MCU. Obviously I mean the feel of a movie as a whole, Infinity War/Endgame were obviously the films with the biggest stakes, but that 70s spy thriller vibe that Winter Soldier had is seemingly elevated in the Samuel L. Jackson starring series.