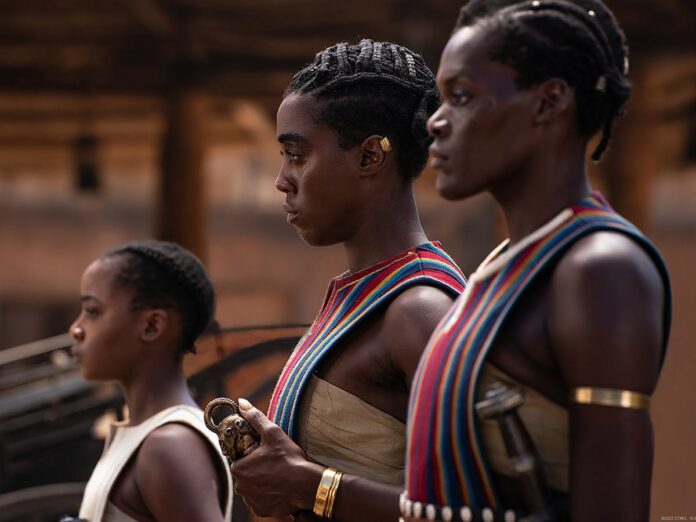 The top movie this week was The Woman King with $19M. The historical epic about the fierce all-female army of a West African kingdom is the longtime pet project of Viola Davis, Maria Bello, and director Gina Prince-Bythewood. I think there was some hope that it would catch on similarly to Black Panther, as the Adojie army was an inspiration for the Dora Milaje, but that doesn’t look to be happening. Then again, I’m of the mind that it will do well for the long haul, and could get a boost if Davis enters the Oscars discussion.

It was a rare 40% drop for the biggest horror movie out there right now, the buzzy, well-reviewed (and genuinely good) Barbarian. That suggests the good word of mouth is working, and people are showing up before the film leaves theaters. Overall, the $5M movie has $21M worldwide.

A24 continues to prove itself the home of auteur-driven genre fare. Ti West’s Pearl, a sequel to X which opened just a few months back, debuted with $3.1M. That’s less than the $4.2M that X had, but still isn’t bad considering the two movies together don’t cost a fraction of what a mid-sized film might. Plus, with Ti West’s next chapter, MaXXXine, opening soon this could really hit with the genre crowd as a complete package. Get those boxsets ready.

So not all whodunnits are created equal, I guess. See How They Run, a 1950s murder mystery centered around an Agatha Christie play, opened with a tiny $3.1M. The comedy film stars Sam Rockwell, Saoirse Ronan, and a terrific cast of talented Brits, but it was never going to perform along the lines of Knives Out or one of Kenneth Branagh’s Christie adaptations. The ambitions were never that big.