Home TV Netflix A Perfectly Crafted Life Spins Out of Control In The Trailer for...
Facebook
Twitter 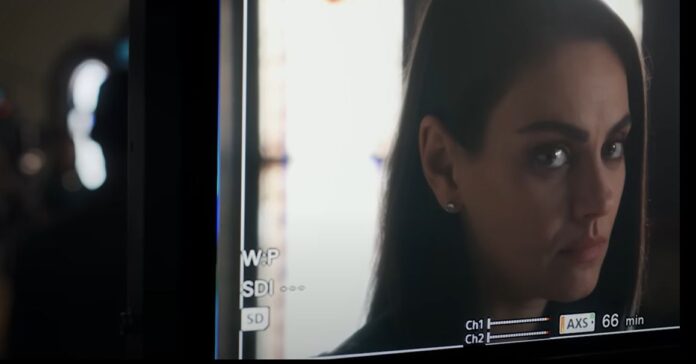 Is it just me or has Mila Kunis been missing from all of our lives lately? Here comes Netflix to save the day, once again, with the upcoming mystery/thriller Luckiest Girl Alive starring, you guessed it, Mila Kunis. The longtime star seems to fall into the “comedic actress” category for most people thanks to her, now classic, role on That 70’s Show and roles in films like Forgetting Sarah Marshall so it’s easy to forget what a talented dramatic actress she is. You would think Black Swann would have permanently changed her profile but the effect wasn’t lasting, here’s hoping Luckiest Girl Alive reminds people of just how good she can be, the plot certainly has the makings of something great.

Kunis stars as Ani, a young woman who has the perfect beau, just landed the perfect job and really just the perfect life. Everything begins to change when a true crime documentary crew begins investigating an event from her high school years that she has, until then, hidden from everyone in her life. This event, where she was made out as the hero/victim, may have not been reporting things as they were and it looks like Ani may not have been such a victim after all.

The trailer below has all the hallmarks of a solid thriller, enticing plot, beautiful people, and a main character with plenty to lose (not to mention it’s based on a best selling novel). The cast is more then solid with all the players bringing their A-Game, Jennifer Beals is always a welcome site and we even get an American Horror Story reunion of sorts with Finn Whittrock and Connie Britton in starring roles.

Based on the best-selling novel, Ani FaNelli (Mila Kunis), a sharp-tongued New Yorker appears to have it all: a sought-after position at a glossy magazine, a killer wardrobe and a dream Nantucket wedding on the horizon. But when the director of a crime documentary invites her to tell her side of the shocking incident that took place when she was a teenager at the prestigious Brentley School, Ani is forced to confront a dark truth that threatens to unravel her meticulously crafted life