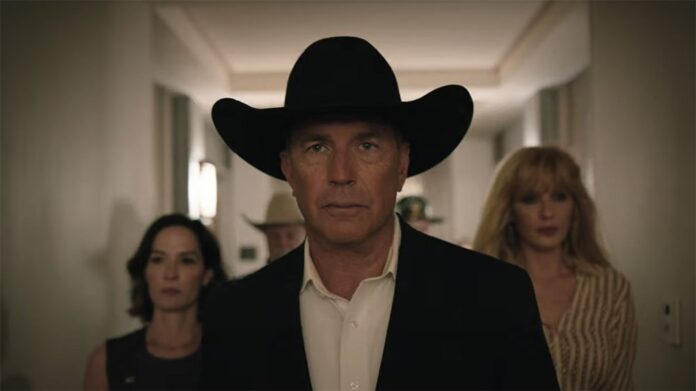 Remember when Taylor Sheridan was just the guy who played the good cop in Sons of Anarchy? Or when he was just the guy who wrote really masculine action-dramas for men like Sicario and Hell or High Water? Now Sheridan basically owns Paramount Network, and his Yellowstone franchise is the most popular in all of television.The season 4 premiere was the highest-rated show with over 14M viewers, and the expectations are just as high now that season 5 is on the way.

The growth of Yellowstone has been incredible to watch unfold. Already spinoff 1883 has been a hit, and soon it’ll be joined by 1923 starring the remarkable duo of Harrison Ford and Helen Mirren, plus Yellowstone: 6666, and 1883: The Bass Reeves Story. And none of this includes Sheridan’s other non-Yellowstone shows for Paramount, such as The Mayor of Kingstown starring Jeremy Renner and The Tulsa King with Sylvester Stallone.