Home Reviews John Review: ‘Rogue Agent’A Conman Meets His Match In This 'Based On A...
Facebook
Twitter 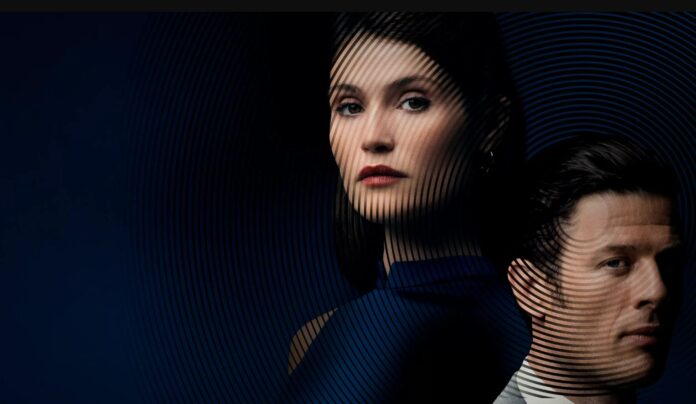 Rogue Agent, a new film by Declan Lawn and Adam Patterson, carries a story that would seem right at home on the silver screen, a story that though a little too out there to be true is grounded enough to let us believe. The thing is, though, Rogue Agent is entirely grounded in reality and is based on the real life crime/scam spree of one Robert Hendy-Freegard. I don’t mean “Based on a True Story” the way the Leatherface movies are either, having read the source material this film takes some liberties (primarily in Gemma Arterton’s character Alice Archer, who represents a mix of several of the victims), it really sticks pretty close to the source.

They say life imitates art imitates life, and I thought for sure that was the case here. You see, Freegard would meet women and pretend to be an MI-5 agent and spin them into the intrigue and excitement of his (fake) world. In reality Freegard started the con while working as a bartender and car salesman. Sound familiar? It’s exactly Bill Paxton’s character from True Lies. Sadly I checked the dates, with True Lies coming out in 1994 and Freegards con’s starting in 1992 but not hitting public knowledge until the mid 2000’s, there’s no way one influenced the other…so we’ll have to chalk it up to a happy accident.

While the story is engrossing, the success of this film lies solely on the shoulders of it’s stars, James Norton (Freegard) and Gemma Arterton (Alice Archer). It would be easy for us to spot the strings pulling the puppets if not for their performance. Although the twist of Freegard being a con-man is revealed in the marketing materials, Norton plays the role with such panache that one can forget he’s not what he seems at times. If nothing else his performance allows you to see how these women could fall into his trap. Meanwhile Arterton’s Alice Archer is effortless in her ability to show us clearly that anyone could fall for this, she never comes off as gullible or desperate the way these films can sometimes portray their female victims. No, she shows that Freegard was just so good at the con he could get anyone…at least at first. You see Archer is a solicitor (British for lawyer) and one of her specialties is credit investigations. It’s not long before she runs a credit history and finds that her new beau is a ghost, which of course Freegard sees as his chance to insert the whole “I’m a spy” part of his game, which works at first but the flags are up and Archer is on his scent.

The film never leaves us bored, switching tones from direct mystery to a race against the clock with even a little real(-ish) romance thrown in. If there’s any complaint I have about the film it’s that I think the story would have been better served as a limited series. We’ve seen what can be accomplished in 6 episodes, and while not everything needs that amount of time to flesh their story out Rogue Agent only stood to benefit from the additional plot layers that could have been included. What we get in the film’s 1hr 55min is satisfying enough, but to create a real character study and really get into what makes someone like Freegard tick would have been so much more enriching.