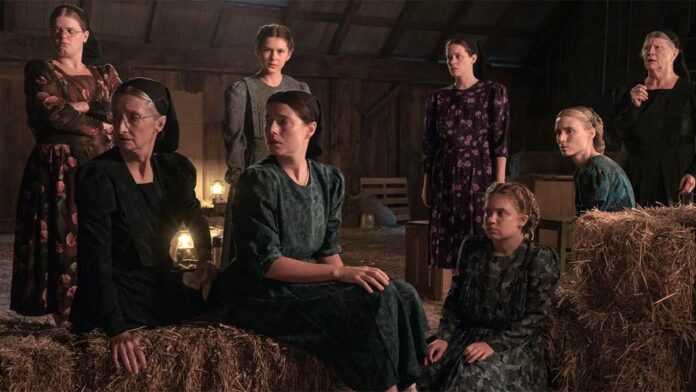 Sarah Polley, it has been way too damn long.  Polley, the actress who became a strikingly good director with her films Away from Her, Take this Waltz, and documentary Stories We Tell, has basically been gone since 2012. But the long wait for her return will come to an end at NYFF and the arrival of her latest, an adaptation of Miriam Toews’ acclaimed novel, Women Talking.

The first image has been revealed from Women Talking, featuring the cast that might be one of hte year’s best. Frances McDormand, Rooney Mara, Claire Foy, Jessie Buckley, Judith Ivey, Sheila McCarthy, and Ben Whishaw star in the story of a group of Mennonite women in a small relgious community as they deal with the aftermath of sexual assault by the town’s men.

Polley not only directed but adapted the screenplay.

Women Talking will also play as part of the TIFF lineup, and possibly Telluride, as well. It currently does not have a theatrical release date, but expect it to drop sometime during awards season.

‘The Island’: Joaquin Phoenix And Rooney Mara To Reunite In New Film From Pawel Pawlikowski