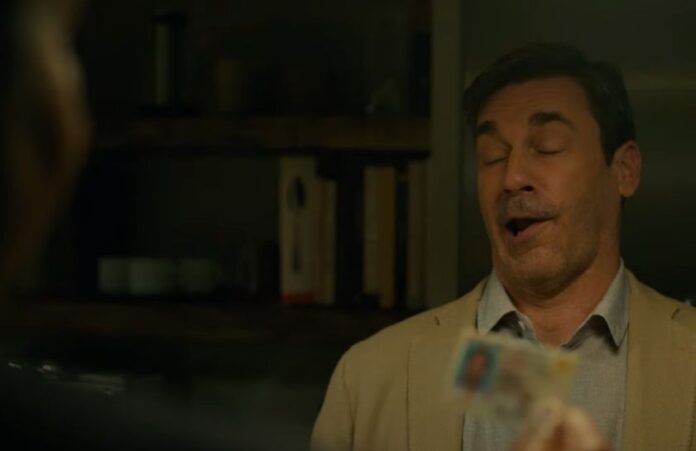 There are some characters that conventional wisdom would say you can’t recast. Al Pacino as Tony Montana, Bill Murray as Pete Venkman, Sylvester Stallone as Rocky and up until about a year ago I would have said Chevy Chase as Fletch. Sure, Chase is often associated at large with Clark Griswold but Fletch was the character he felt most at home in and it showed. Thankfully, for Paramount Pictures, Fletch never crossed over to that “Iconic Film” status that would protect it from reboots. All of that brings us to present day, where we have the first trailer for Paramount’s upcoming Confess, Fletch with the titular role being played by everyone’s favorite ad-man, John Hamm.

I’ll be honest and say that the trailer has made me feel a bit better, and a bit worse about this film at the same time. Hamm definitely has the look for Fletch, especially when he’s done up to look more like an everyman as opposed to a Hollywood leading man, and he has the attitude and ability to be goofy. Long story short, he’s got everything needed to make a good Fletch film. All that being said, watching the trailer just makes you realize how singularly perfect Chevy Chase was in the first place. Hamm seems capable and cunning OR silly and disarming and he’s able to switch between the two somewhat seamlessly, but Chevy was all of those things at the same time, effortlessly. I honestly tried not to compare the two but it’s simply impossible when dealing with a trademark character like this.

Check out the trailer below and look for Confess, Fletch in theaters and on digital September 16th, 2022

Official Synopsis:
In this delightful comedy romp, Jon Hamm stars as the roguishly charming and endlessly troublesome Fletch, who becomes the prime suspect in a murder case while searching for a stolen art collection. The only way to prove his innocence? Find out which of the long list of suspects is the culprit – from the eccentric art dealer and a missing playboy to a crazy neighbor and Fletch’s Italian girlfriend. Crime, in fact, has never been this disorganized.