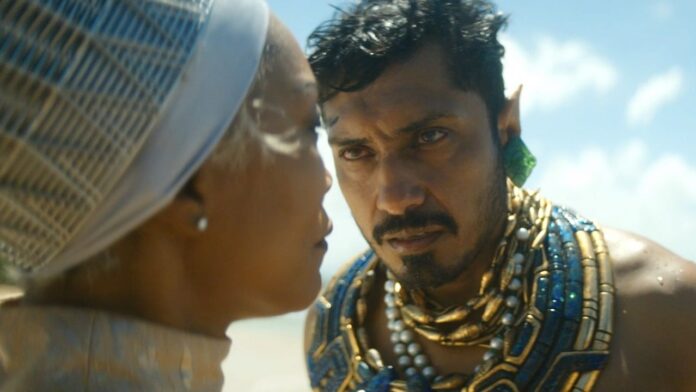 In case you’ve been living under a rock, the early reactions to Black Panther: Wakanda Forever, are through the roof. Including my own. And at this point with the film arriving on November 11th, you might want to avoid as much footage as possible. Makes sense. So choose whether to check out this new brief teaser, and a couple of very revealing clips, for yourself.

The trailer is only about one-minute long and features new glimpses at some of the action. The highlight for me is what we see of Dominique Thorne who makes her MCU debut as Riri Williams/Ironheart. She’s a much bigger factor in the story than I think people are expecting.

The same goes for Angela Bassett as Queen Ramonda. In the wake of T’Challa’s passing, she’s the new ruler of Wakanda. But more than that, she’s a fierce protector of her one remaining child, Shuri, played by Letitia Wright. Which makes it all the more dangerous when Namor, played by an amazing Tenoch Huerta, emerges out of nowhere in a place he should not have been able to find.

In another clip, we see Shuri and Danai Guriria’s Okoye attempting to scare Riri Williams into cooperating. It doesn’t go well.