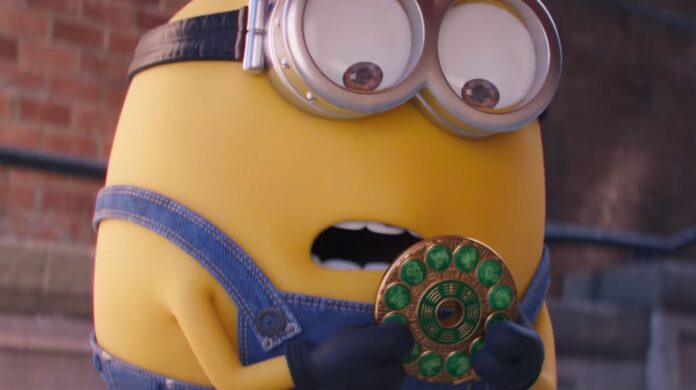 The seven-year wait and COVID-19 delays have only made the heart grow fonder for those pesky, merchandise cash cows the Minions! Minions: The Rise of Gru opened with a whopping $108.5M weekend, and a 4-day holiday total of $127.9M. That’s a record-breaker for the Independence Day weekend, and is the highest-grossing opener for an animated film since Frozen 2. What’s clear is that the Minions brand is bigger than the Despicable Me brand at this point. The first spinoff way back in 2015 earned a ridiculous $1.1B when all was said and done. This sequel, which has $202M worldwide when international numbers are factors in, has a good chance of beating that.

It was a birthday gift like no other for Tom Cruise. The now 60-year-old superstar’s smash Top Gun: Maverick has just surpassed $1.1B at the box office, best ever for his incredible career.

Baz Luhrmann’s rockin’ Elvis biopic understandably fell 39% in week two, which still ain’t bad, for $67M domestic haul after two weeks. However, worldwide it has passed the century mark pretty quickly with $113M. Luhrmann’s top-grosser is 2013’s The Great Gatsby with $353M, so Elvis has a long way to go.

Bleecker Street’s Regency romance Mr. Malcolm’s List opened with just $851K in over 1300 locations. The film’s claim-to-fame has been its diverse casting, with most leads played by persons of color, including Freida Pinto, Ṣọpẹ Dìrísù, Ashley Park, and Zawe Ashton.

Giveaway: Enter To Win ‘Minions: The Rise Of Gru’ On Blu-Ray