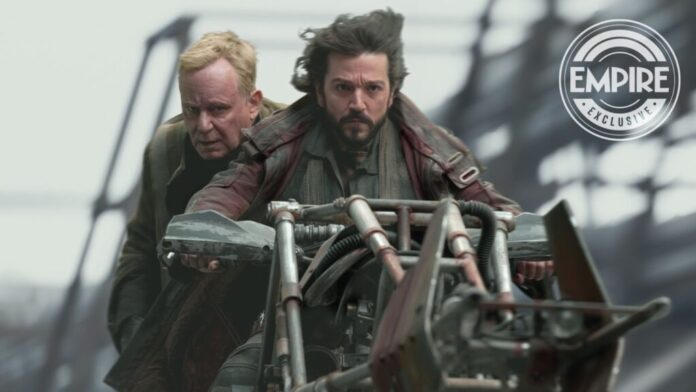 Lucasfilm is going big with their Rogue One prequel series, Andor. Arguably the most ambitious Star Wars show yet, we learned earlier this year that it would consist of two seasons of 12 mega-sized episodes. That’s a ton of content, but necessary for showrunner Tony Gilroy who has five years of story to tell.

That’s right, Gilroy, who basically saved Rogue One when it went off the rails, is trying to fit five years of story into two seasons. The first season will follow one year in the life of Cassian Andor (again played by Diego Luna), a top spy in the early Rebellion. The second season will speed through the next four years, leading right up to Rogue One. So how is Gilroy going to pull that off? He explained to Empire…

“We looked and said, ‘Wow, it’d be really interesting if we come back, and we use each block to represent a year. We’ll move a year closer with each block,'” Gilroy continued. “From a narrative point of view, it’s really exciting to be able to work on something where you do a Friday, Saturday and Sunday, and then jump a year.”

A nifty way to tell an expanded story while still giving each year of plenty of time to show how Andor is impacted.