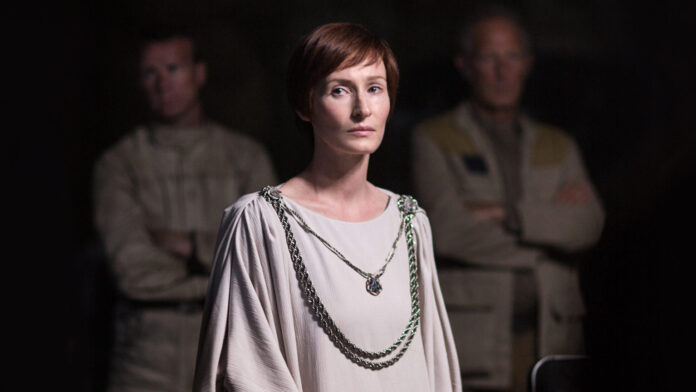 There are some pretty big changes coming to the Disney+ Star Wars series spinoff, Cassian Andor. They should be good news for fans of Rogue One, because the man largely credited with helping that film through troubled reshoots is taking over, joined by a pair of new cast members.

THR reports Tony Gilroy, one of the Rogue One writers and shepherd of the film’s reshoots, has taken over as showrunner of the series. He comes in to replace Stephen Schiff (The Americans), who is out for reasons unknown. Gilroy, who will also direct the pilot, was already part of the show’s writing team alongside his brother Dan Gilroy (Nightcrawler), Schiff, and Beau Willimon (House of Cards).

With the news also comes word that Genevieve O’Reilly will be reprising her role as Rebel Alliance leader Mon Motha. It’s a part she has been playing since Revenge of the Sith having taken over for original actress Caroline Blakiston.

Denise Gough, who was most recently seen in The Other Lamb and in last year’s adventure film The Kid Who Would Be King, has joined the cast in an unknown role. Gough and O’Reilly join a cast that includes Diego Luna, Alan Tudyk, Kyle Soller, and Stellan Skarsgard.

Cassian Andor will be a Rogue One prequel following the Rebel Alliance intelligence officer and spy as he rises to prominence.

‘The Woman In The Window’: Tony Gilroy Was Hired To Oversee Reshoots On The Long-Delayed Thriller