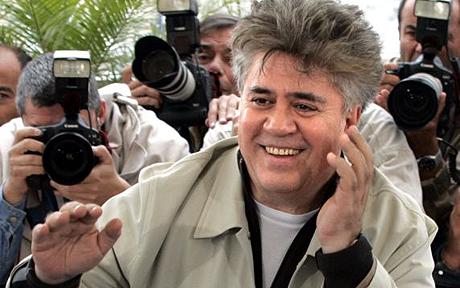 Pedro Almodóvar is currently readying his English-language debut, A Manual for Cleaning Women with Cate Blanchett set to star. But the acclaimed filmmaker isn’t going to just jump right in and hope for the best. He’s instead trying a few things out first to familiarize himself with the language, and the next step in doing that is a short film, Strange Way of Life, a 30-minute short led by Ethan Hawke and Pedro Pascal.

In a conversation with Indiewire, Almodóvar revealed that Hawke and Pascal will star in Strange Way of Life, a 30-minute Western set to shoot in August. The story centers on a sheriff and a gunslinger who cross paths, and things between the two get cozy.

“So one of them travels through the desert to find the other,” he said. “There will be a showdown between them, but really the story is very intimate.”

Asked if their relationship gets romantic, the director replied “You can guess. I mean, masculinity is one of the subjects of the movie.”

Years ago, Almodóvar was approached to direct Brokeback Mountain, and he turned it down because he felt a Hollywood movie couldn’t capture his vision for it. Strange Way of Life sounds like it shares many of the same ideas, and when asked about it the filmmaker said it  “could be like my answer to ‘Brokeback Mountain.’”

Um, so Almodovar is giving us a neo-Western with Pascal and Hawke…but only giving us 30 minutes? This needs to be a feature film! Perhaps if this is well-received and Almodóvar makes a strong English-language debut that’s what we’ll get.