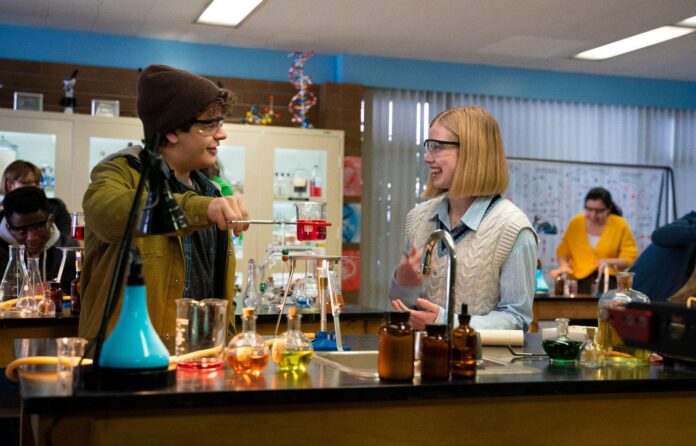 Angourie Rice and Gaten Matarazzo might be young, but they are both franchise veterans. Rice, whose career got a boost from comedy The Nice Guys has been a part of all three of Marvel’s recent Spider-Man movies. Matarazzo, well, you know him best as Dustin in Stranger Things. The two are now teaming up for Paramount+ high school comedy, Honor Society, which features an iconic former star of the genre.

Directed by Oran Zegmen (he was attached to the Troop Beverly Hills sequel) from a script by Golden Girls writer David A. Goodman, Honor Society stars Rice as Honor, an ambitious high schooler with a goal of getting into Harvard. To do that, she’ll need to get the recommendation of the guidance counselor Mr. Calvin, and to do it she launches into a scheme of taking down her top three academic rivals. That includes Michael, played by Matarazzo, which gets complicated when Honor begins to fall for him.

In the role of Mr. Calvin is Christopher Mintz-Plasse, whose performance as McLovin in Superbad has made him a legend of the teen coming-of-age comedy landscape. This should be fun, as well.

Honor is an ambitious high school senior whose sole focus is getting into an Ivy League college…assuming she can first score the coveted recommendation from her guidance counselor, Mr. Calvin. Willing to do whatever it takes, Honor concocts a Machiavellian-like plan to take down her top three student competitors, until things take a turn when she unexpectedly falls for her biggest competition, Michael.